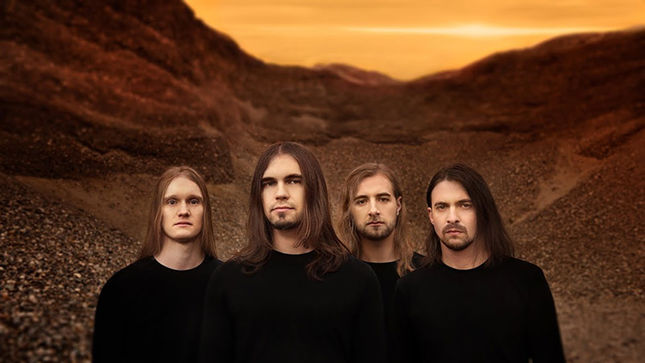 German progressive metal masters OBSCURA will enter Dreamsound Studios this April to begin recording drums for their highly anticipated new album and first full-length in over four years. The band will work once again with long time producer V. Santura (Cosmogenesis, Omnivium). The album will see a late 2015 release via Relapse Records.

Guitarist / vocalist Steffen Kummerer commented on the upcoming material: “We are all pleased with the new material which pairs the songwriting, technicality and arrangements of our previous albums with the creative input of members Linus Klausenitzer, Tom “Fountainhead” Geldschläger and Sebastian Lanser, while keeping our trademark prog riffing across the fusion and death metal landscape that makes OBSCURA sound unique. This album sees Obscura move a step further.”

More details on the band’s upcoming album will be announced shortly.

While the band prepares the upcoming recordings, a digital tablature book of their critically acclaimed record Omnivium is available for pay-what-you-want download at the band’s website. The book contains 368 pages in total, including tabs for all lead and rhythm guitars, transcribed live versions of each solo and arrangements for two guitars plus liner notes for each song.