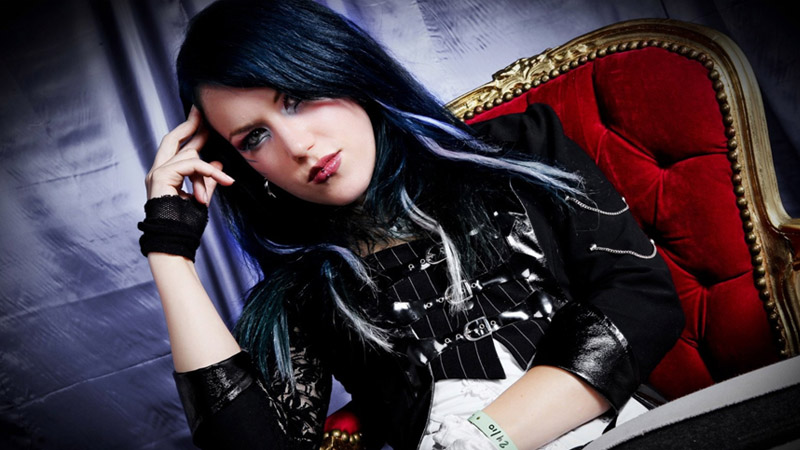 Vocalist Alissa White-Gluz of of Swedish / American / Canadian metallers ARCH ENEMY, who has been performing with broken ribs after crashing into a stage riser during the band’s European tour, has posted the following message:

“Thank you for the love and well wishes, everyone who has written to me! It really does help, seriously! As someone who avoids drugs at all costs, I take a pretty mind-over-matter approach to physical pain, so I’m finding ways of coping with the pain on stage and keeping my body horizontal when off stage.

“Anyone at that show who saw me body slam through the fucking riser could imagine there would be some damage. But I’m a stubborn fuck and I waited a few shows before going to get x-rays, ultrasounds and blood tests. The damage to my head, arms and legs is just bad bruising, there is no apparent organ damage and no internal bleeding. Unfortunately, there is a compound break on one rib and severe bruising around several others. Good news is that the pieces of the rib are well aligned to heal back in place!

“The doctor forbade me to continue playing shows… But cancelling shows would hurt way worse. Today felt a bit better… I could breathe with less pain and I am almost able to stand up/sit down without pain. Can’t wait to heal this shit so I can work out again.

“The shows have been just amazing, thank you! I look forward to destroying many more stages with you guys (and to hopefully avoid destroying myself from now on).”