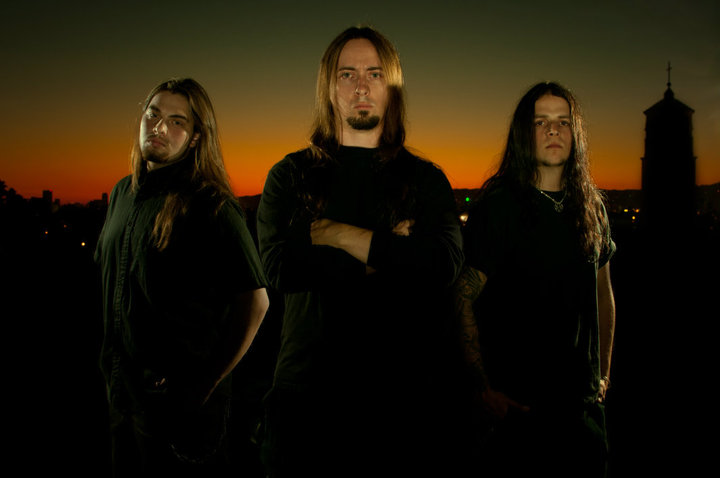 California metallers ABYSMAL DAWN have entered the studio to commence work on the follow-up to their 2011 release, Leveling The Plane Of Existence. ABYSMAL DAWN also recently unleashed the video for “In Service Of Time”, a track from their 2011’s Leveling The Plane Of Existence, out now through Relapse Records. The video was edited and directed by Robert Mestas and can be watched below.

Frontman Charles Elliot divulges on the recording process: “The time has finally come to exorcise the demons once again. It’s been a while but we’ll be entering the studio very soon to begin recording the follow up to Leveling The Plane Of Existence! To be honest, I wasn’t sure we could top that record at first. After a couple tracks into the demoing process though all my doubts were washed clean away. This is definitely a worthy successor if not something even greater, and I’m sure fans will agree. We aren’t always to most optimistic bunch but in this case I think we’ll make an exception.

“There’s definitely some faster stuff here, as well as some super groovy and atmospheric material. It’s slightly different but as always with us, ‘the riff’ and song-craft are what we tried to bring to the forefront here. All these songs were meant to pummel audiences in a live setting, and I think we’ve achieved that. We look forward to playing these on tour for you guys whenever the album comes out!

“We’ll start recording drums at Trench Studios (EXHUMED, INTRONAUT) this weekend with John Haddad, then head over to Artisan Road Studios with Mike Bear to track everything else, before returning to Trench again to reamp everything. Once that’s all done, we’ll send it off to the good people at Fascination Street Studios (OPETH, AMON AMARTH, BLOODBATH, SOILWORK, THE FORSAKEN) in Sweden to mix and master. Time to crush!”