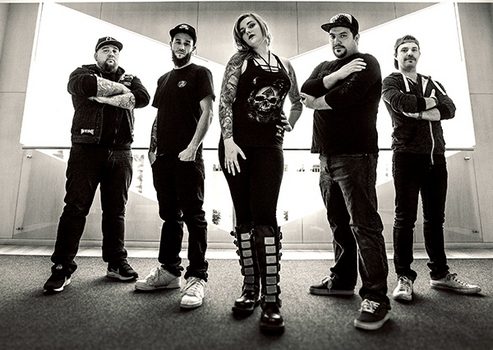 For those of us in the Northeast, September signals the end of summer as well as the return to school for children. The beginning of the routines, once again. Of course, it’s a full deluge in the email inbox for new releases, so we’ve got a bunch of new music to cover as well. This month we look into Absence of Despair, Anacrusis, The Brood, Carnivora, Fister, Juliet Ruin (pictured above), Kurgan, NecroticGoreBeast, Spider Kickers, and Transport League. 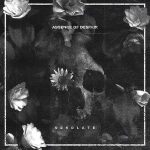 Absence of Despair – Absence of Despair (Self-Released)
There seems to be a bit of a resurgence in the old school (can we call it that already?) metalcore sound. Absence of Despair fits right into that early 2000s pocket of bands, utilizing the heavier end of melodic death metal and fusing it with more melodic and “Americanized” attacks (read: poppy chorus/heavy verse). The heavy parts work quite well for the band, with some enjoyable groove and teeth-baring riffs. The cleaner side though, just feels too forced into existence. Some variation to the usual formula would be just the ticket to push this band to the next level. Otherwise, there’s not much new to see here. – Kyle McGinn (Absence of Despair on Facebook) 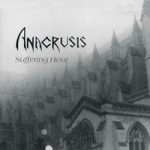 Anacrusis – Suffering Hour (Metal Blade Records – re-release)
Coinciding these reissues with a special hometown series of shows where the band will perform their catalog in its entirety, Anacrusis was always a unique progressive thrash act trying to gain acceptance during the late 80’s through mid-1990’s. Suffering Hour started it all, probably the most primal and aggressive of the catalog – but you could hear hints of their odd time signature switches and outside the metal box influences right away on “Present Tense” and “A World to Gain”. Between Kenn Nardi’s evil, maniacal raspy screams and the equally engaging riffs/tempos, there’s plenty to dive into and reacquaint oneself with. Add in their edgier interpretation of “NIB/The Munsters Theme” and three demo tracks from 86/87 and you’ll get a solid hour of this amazing Mid-West act. – Matt Coe (Anacrusis official website) 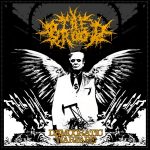 The Brood – Democratic Warfare (Downfall Records)
A short and sweet little EP, but one that is happy to dole out plenty of punishment. The Brood mash away at 4 tracks in under 10-minutes, and never stop from going full-tilt. With the short time frame, it’s a welcome one. Democratic Warfare gets right in and out, focusing on some death/grind-y goodness that doesn’t ignore some melodic sensibilities when the timing is right (the groovy yet commanding “Minotaur”). All in all, a very focused attack that is fun enough to crank up on the stereo for a few spins right in a row. – Kyle McGinn (The Brood on Facebook) 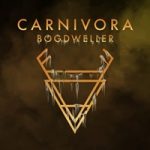 Carnivora – Bogdweller (Manshark Entertainment)
The first single of the latest incarnation of Carnivora introduces their newest singer Haydee Irizarry (Aversed) and previews their upcoming album release. If you are familiar with the band, they intertwine groove metal with thrash/death nuances, but on this go around they explore a bit of their doomier side while still remaining heavy and forward thinking in their sound. Haydee’s dual extreme/clean vocals combine seamlessly with the relentless crunchy rhythms and propulsive double kick/groove section. There’s solid mechanics and attention to detail in this single, elevating their game to the level of their contemporaries in their genre as they continue to provide major buzz and hope for metal’s future. – Matt Coe (Carnivora on Facebook) 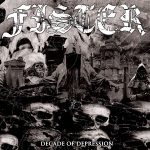 Fister – Decade of Depression (Listenable Records)
Cover albums are by no means an unusual entity, but the doomsters of Fister really decided to up the originality factor with Decade of Depression. They really put in the effort to fit these songs into their particular style, and it’s quite interesting to hear classic tracks like “For Whom the Bell Tolls” and “Mandatory Suicide” slowed down to a massive crawl – both cuts stretching to over 7-minutes a pop. Outside of the classic Slayer and Metallica tracks, there’s a nice variety of metallic acts, ranging from death to black metal and really taking that sludgy, dirgy feel and tossing it at them with incredible tact. With the lumbering tempos, they still manage to keep the essence of the tracks while giving it a brand new spin. Worth checking out, even for those not really familiar with Fister. – Kyle McGinn (Fister on Facebook)

Juliet Ruin – Old Stardust, Love, and Chaos (Self-Released)
Again coming in with the metalcore-esque sound this month, Juliet Ruin though sports a female vocalist. Jess Fleming has some killer pipes and we see the sing/scream combination working to a tee here. The music in this case is pretty energetic, and is boosted by some pretty solid solos/leads as well as the bass getting some spotlight as well (see “With Only Rage”). That said, it doesn’t really veer too far off of the beaten path either. But for those who really enjoy the sound still, Old Stardust, Love, and Chaos is like comfort food. Pleasant, and you know it’s going to hit the spot. – Kyle McGinn (Juliet Ruin on Facebook) 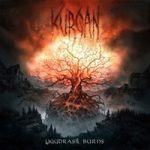 Kurgan – Yggdrasil Burns (Massacre Records)
Loaned from an East Slavic language and equivalent to the archaic English term for ‘barrow’, Kurgan come from Denmark and deliver an addictive, potent form of melodic death metal for this debut full-length Yggdrasil Burns. Intertwining Viking and black metal textures to their sound pushes songs like “Hellstorm” and “Für Lise” to Amon Amarth proportions – especially their early years. The instrumentation presents a crushing level of melodic death at the helm, the guitars pushing out maximum headbang-inducing rhythms as the cultural/Viking-like atmosphere appears prominent throughout these tracks. Just when some veterans are going more mainstream, Kurgan aim their sights on the early aspects that made this genre exciting. – Matt Coe (Kurgan on Facebook) 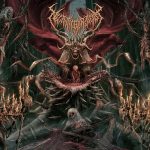 NecroticGoreBeast – NecroticGoreBeast (Comatose Music)
One of those albums that you can figure out based on the name/cover art/label, but that’s no slag against it. NecroticGoreBeast give the masses exactly the type of brutal death metal experiences that one hopes for. It sounds massive in tone, with some surprising balance for the genre (even if the vocals are still a little upfront) and the riffs hit quite consistently. Some ulta low gurgles and extreme vocal variety, pounding drums, and plenty of energy – while it’s pretty predictable in what it provides, it also does everything quite well and should please anyone looking for an extreme death metal fix. – Kyle McGinn (NecroticGoreBeast on Facebook) 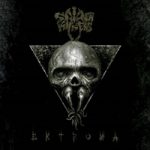 Spider Kickers – Ektroma (Sleaszy Rider Records)
Greek thrash/death band Spider Kickers have been ‘kicking’ around since 1986 – although fairly sparse in productivity, releasing their debut album The Northwest Emperor in 1997 and Ektroma represents their sixth full-length. This act straddles a rough thrash/death sound that assembles numerous Bay Area and European death influences – centering around spirited drumming, pounding bass, and sinister guitar riffing that can be mid-tempo to speedy depending on the arrangement and atmosphere. Drummer James Edouarth handles the vocals in a miniature semi-growl version of the Cookie Monster, while the galloping passages keep “Carnivores” top of mind and haunting keyboards aid the death blasts for “Inner Grave”. Imagine a mixture of early Metallica and Slayer careening headlong into acts like Entombed or Edge of Sanity – eight songs that sure mix things up a bit, if not disjointed in some of the sprinkler-ish blast maneuvers or wild lead breaks (check “Isolation Cell” here). – Matt Coe (Spider Kickers on Facebook) 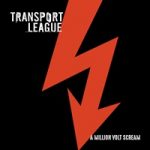 Transport League – A Million Volt Scream (Mighty Music)
Back on the scene since 2009, most North American metalheads may remember the Swedes Transport League when they were on Pavement Music for their third release in 2000 Satanic Panic. Now on album eight, A Million Volt Scream continues the band’s sludge/doom-oriented heavy rock boogie sound, featuring ten tracks of slamming arrangements, the energy explosive, the tones (especially the popping snare hits) very raw and in your face and ideal for those who miss early Clutch, Corrosion of Conformity, and a bit of White Zombie. A slower headshaker like “Dawn of Lucifer” breaks up the more up-tempo, adrenaline-oriented efforts like the title track or the rhythmic slamming “Vanished Empire”. Getting in and out under 40 minutes, this will go down a storm with those who like primitive grooves, impassioned bluesy-stained screams to keep the alcohol-fueled times a rollin’. – Matt Coe (Transport League on Facebook)