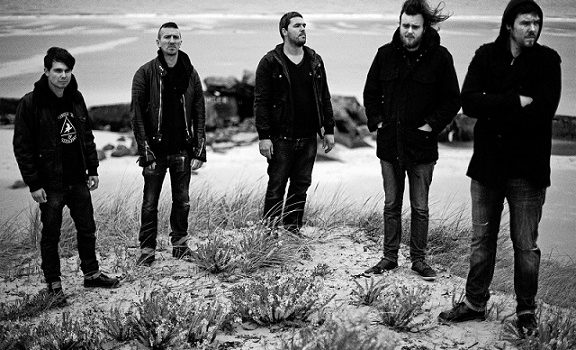 Halloween and its various tricks and treats are now behind us, but that doesn’t mean we don’t have any “treats” with this month’s short review Rapid Fires column. Okay, so perhaps not all of these reviews are treats, but they are our unfettered view of the metal world. Up for debate this month: Arcsin, Amenra (pictured), Aosoth, Bloodway, Bolido, Disabuse, Doxa, Gravity, Lake Vanda, Lustre, Meyhnach, Nervcast, Overlorde, Plethora, and Turma. 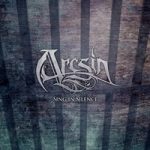 Arcsin – Sing in Silence (Self-Released)
Another social media discovery, South Florida’s Arcsin engage with melodic power/progressive metal vitality on this 3 song EP Sing in Silence. Careful attention to strong vocal melodies and superior guitar riffing plus engaging and thoughtful lead workouts, the material traverses Nevermore, Symphony X, and Evergrey territory. Darker lines also put “Nowhere to Hide” along the Mercenary/Arch Enemy path, but the clean, emotional spirit of bassist Emilio Martinez vocally (given heavier growl assistance by guitarist Alberto Carbello) keeps Arcsin moving along with modern groove without sacrificing the brilliant musicianship and compositions at hand. Mixing/mastering under the veteran Jacob Hansen capable hands and ears, the only bummer is 18 minutes later, you hope for another four or five songs to treasure. A must buy, and one to watch item. – Matt Coe (Arcsin on Facebook) 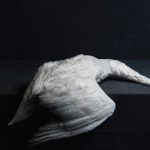 Amenra – Mass VI (Neurot)
Had to do some minor brain digging to recall the immensity of Amenra Mass V (here’s a tip: they’re all called “Mass” in some form), but man, it was a heaver. A band that is somehow isolated from the gigantic pull of post-metal, Amenra’s songs can meander and wander with innate delicacy and force, which is exactly what “Plus Pres De Toi” does as vocalist Colin H. Van Eeckhout sounds like he’s shouting at you across some ripped and torn, utterly barren wasteland. Thing is, Amenra is hardly barren, rather, in full bloom on Mass VI. – David E. Gehlke (Amenra Facebook)

Aosoth – V: The Inside Scriptures (Agonia)
There’s rarely a thread to latch onto with Aosoth; that’s what you get with one of French black metal’s most twisted acts. It’s the same happening on V: The Inside Scriptures, which, after a few deep dives, never quite reveals itself the way you want it to. And that’s the trick, really, as the riffs continue in their hurried, almost frazzled manner, dashing from one area to the next, never quite finding a place. In a career that has lived up to its lofty billing attained from Antaeus, Aosoth continues to impress. – David E. Gehlke (Aosoth on Facebook) 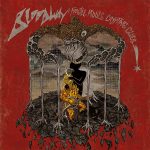 Bloodway – A Fragile Riddle Crypting Clues (I, Voidhanger)
Romanian outliers Bloodway were somehow able to snag At the Gates legend Tomas Lindberg for a spoken word intro, showing just how far metal’s reaches can go. Lindberg, seemingly always ready to lend a hand, is merely a footnote in an otherwise topsy-turvy, progressively-charged album in the form of A Fragile Riddle Crypting Clues. A good chunk of the album feels sideways, flipped on its head by coarse vocals and odd chord pairings, but soak up a song like “Midlight Scout” and it starts to make sense. – David E. Gehlke (Bloodway Facebook) 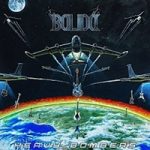 Bolido – Heavy Bombers (Fighter Records)
Translating in English to ‘meteorite’, Chilean heavy metal band Bolido on album two Heavy Bombers live for high-pitched vocals and power riffs that traverse Manowar, Judas Priest, Saxon, and Jag Panzer lines. Guitarist Johnny Triviño assembles an upper scream ability and natural register that would make Eric Adams and Kai Hansen bow down in infamy – awareness established right out of the gate for “The Absolute Dominion of the Skies”. Proper harmonic assistance plus riffing/tempos perfect for beer swilling, fist waving good times keeps “Never Ending Road” and the march-oriented “The Heroes” top of mind – as if the 1980’s never waned in Bolido’s world. They may want to ditch the power ballad aspects of “Real Nature” and work up the Maiden-esque interplay touches (the sax solo a surprising difference maker). 11 tracks that clock in at close to an hour, Heavy Bombers hoists the true metal torch aloft, brandishing weapons of power and glory for some great tunes. – Matt Coe (Bolido on Facebook) 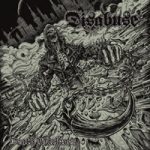 Disabuse – Death Machines (Raw Skill Recordz)
After 30 years and three full-lengths, Dutch crossover thrash/hardcore band Disabuse is back on the map with Death Machines. Old school stop/start transitions open up proper tempo changes, building the riff/vocal intensity and allow for some savage hooks – although occasional lead breaks appear to be off key or left-field to the core elements of the arrangement at hand (“Detonate”). Regular moments of melodic vocals on the sludgy/doom groove-oriented “River Runs Red” seem out of place against the band’s faster-paced efforts. The up-tempo, quick hitting “Grease the Guillotine” and Biohazard-ish “The Lost Children” work best, otherwise Death Machines appears to mix too many sub-genre nuances without defining a coherent direction – which is strange for a crossover hardcore/thrash act at this point in their lengthy career. – Matt Coe (Disabuse official website) 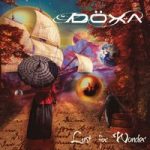 Döxa – Lust for Wonder (Pitch Black Records)
Döxa return for their third round with Lust for Wonder, their first album with vocalist Vanessa Marin joining Víctor Fernández. This is more or less your standard symphonic metal with some slight folkish influences (see “Erin Go Bragh”), but nonetheless well-written. Plenty of heavy riffing to bounce off the synths, with solid dynamics and variation to back things up. They are just as comfortable with the softer moments when they come around (“Two Roses”), but the catchy and more intense material like “The Spring in You” and “When a Dream Says Farewell” serve the band best. An enjoyable outing, but one that tends to play it pretty safe. – Kyle McGinn (Döxa on Facebook) 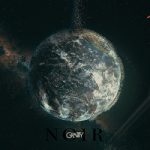 Gravity – Noir (Apathia Records)
Djenty modern metal with a side of progressive? Gravity is a hard case to crack when it comes to breaking down their sound, but it is an undeniably modern one. Metalcore influences, chugging riffs, djent progressive patterns, some synths from time to time, Gojira-esque grooves, and even more extreme elements mix in as necessary to give the French act a foothold to stand on. Vocally acrobatic as well, moving from clean to extreme ranges. The one thing holding it back is the hour-long runtime – plenty of diversity and potential, but some of it begins to blur together on the album’s backend. There’s a standout 40-ish minute release tucked away in here. – Kyle McGinn (Gravity on Facebook) 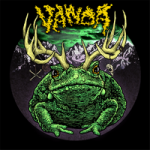 Lake Vanda – Musta Riimu (Self-Released)
How many times do you see a picture of an antler-clad toad? It was enough to draw in this scribe to the sludge metal antics of Lake Vanda. Keeping things mostly to the mid-tempo, the thing that seems to stand out the most for the act is how they are constantly moving forward. Much of this sludge-y stuff tends to fester and plod, but they accomplish the same level of corrosion with a more driving style of riffs (though a few dips into slower tempos does add to the dynamic and add some melody when they pull it off). Suitably pairing the music with some equally caustic but not overly extreme vocals, Musta Riimu comes off as more aggressive than your average sludge act – something that will help them immensely in the long run. – Kyle McGinn (Lake Vanda on Facebook)

Lustre – Still Innocence (Nordvis)
The edge Lustre has over a lot of its contemporaries is that main dude Nachtzeit doesn’t feel the need to interject with vocals, allowing his songs to become obvious companions to snowbound strolls or forest escapades. On Still Innocence (the band’s sixth full-length to date), there’s enough gorgeous sonic avenues to rival that of Summoning’s best work, as in, dominant, but soft, peddling keys nearly overtake the whole thing; guitars aren’t really all there, but that’s fine, just let it all fade into a gentle, wistful haze. – David E. Gehlke (Lustre Facebook) 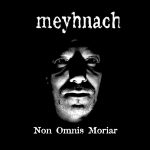 Meyhnach – Non Omnis Moriar (Osmose)
In an effort to move out of the looming shadow that is Mütiilation, main dude Meyhnach (real name: William Roussel) has gone full-on solo. Far more low-grade than Mütiilation, Meyhnach drops down into full sadistic, experimental BM territory. You’re going to have to deal with a drum machine and the man’s awfully overbearing vocals, but again, it’s all in the sake of nihilism, something that rears its ugly ahead frequently on Non Omnis Moriar. The fact Meyhnach has Osmose behind him should help, but to what degree, who knows? – David E. Gehlke (Meyhnach Facebook) 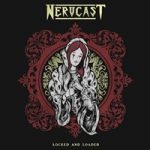 Nervcast – Locked and Loaded (Self-Released)
Straddling the modern hard rock/heavy metal platforms, Nervcast display promise through this four song EP debut Locked and Loaded. Between the made for arena rock melodies and catchy musical hooks, the material fluctuates between rhythmic efforts with charge and pizazz like “Chemical Solution” to a guitar-oriented riff monster such as “Moonstruck” which can appease long-time Judas Priest fans. Everett Mason has that soaring bravado to carry the vocals to 90’s grunge fans as well as metal heads worldwide, and the pumping Galen Wair bass-line for the title track closer gives the listeners a stronger, groove aspect to rally around. More for the commercial crowd, a quick hitter that in less than 15 minutes leaves you hoping for a full-length down the line. – Matt Coe (Nervcast on Facebook) 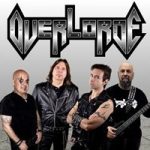 Overlorde – 2017 Demos (Self-Released)
New Jersey act Overlorde embody the classic 80’s heavy metal platform once again on their latest 2017 demos. Three songs that feature stirring, powerful riffs, equally engaging bass play, versatile /steady double kick-oriented drumming, and soaring vocals from newest singer George Tsalikis (of Zandelle). “The Madness Within” contains those hypnotic, Sabbath-like riffs that work brilliantly against the power/progressive tempo hits, while the vocal melodies bring up Queensrÿche visions during their The Warning or self-titled EP period. Guitarist Mark Edwards and bassist John Bunucci are tasteful in their execution and compositions – heightening the tension most evident in the epic atmosphere of closer “Destroy Us All”. It’s been 13 years since their last full-length (the vital Return of the Snow Giant), they still have all the tools, creativity, and firepower to execute more for the traditional, classic US power hordes to treasure. – Matt Coe (Overlorde official website) 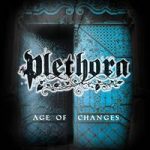 Plethora – Age of Changes (Self-Released)
Sometimes it’s nice to take in a straight-forward heavy metal act. No bells or whistles needed – just catchy and aggressive riffs, a tight rhythm section, and a solid vocal performance. Plethora nails all of these things on Age of Changes. Anthemic riffing and choruses, enjoyable melodies and leadwork, and Adka Niksińska’s vocal work has a pleasant level of grit for the sound (though the more gentle “Into Your Soul” shows she has plenty of heart to match). It may not get the medal for innovator of the year, but nor does it have to. Good heavy metal fun and energy is running through Plethora, and that’s all that’s really important with a release like this. – Kyle McGinn (Plethora on Facebook) 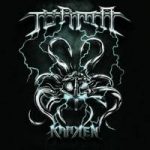 Turma – Kraken (Agoge Records)
Sometimes the groove-monster simply has to be unleashed, and that’s precisely where Turma comes in. Massively heavy death metal riffing that focuses on groove and chunky riffing, the initial impression is one that is drawn towards the sheer heaviness of it. While it does rely on said groove for the most part, the band knows how to spin it. The vocals accompanying it are intense as well, with an almost dry-sounding gurgle that wouldn’t feel out of place on a slam release. It’s fairly intricate sounding stuff in the long run, with the groovy riffs falling into interesting patterns (and pulling from both melodic and extreme sources), but the unrelenting nature of it holds it back slightly, turning it into a bit of a groove-blur. But some potential here for sure. – Kyle McGinn (Turma on Facebook)