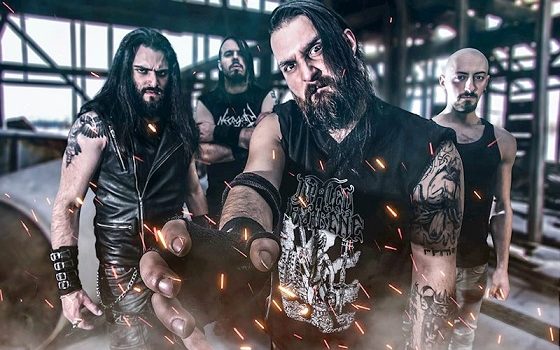 Summer is just about upon us, which means we can put the rain-soaked months of April and May in the rear-view, although there are surely some parts of the globe who are experiencing otherwise. Nevertheless, the flood (no pun intended) of releases continue in the world metal. Festival season is now in full swing, providing labels, promoters and bands to showcase their wares as they see fit. Up for review in this month’s installment of our short review column, Rapid Fires, is Avem, Deiphago, Extrema, Eye of the Destroyer, Feradur, Gladenfold, Gravefields, Maniac Abductor, Ontborg, Pectora, Sühnopfer, Tillian, Ulvedharr (pictured),

Avem – Meridiem (Wormholedeath)
One of those releases that skirts the hard rock/metal boundary, Meridiem carries some strong attributes from both causes. The heaviness is there when needed, and some of the longer tracks carry a more progressive vibe to them (see “Lost Cosmonaut”). But there are also ample hooks, both from the riffing as well as Nora Bendzko’s unique vocal performance. Able to blur the lines as well, she carries the ‘tough rocker’ vibe instead of a more soft, symphonic metal personality, even if there are a few more operatic moments. At over an hour, there’s plenty of variety to check out, with some gentle moments also finding their way into the mix. – Kyle McGinn (Avem on Facebook) 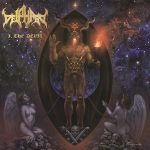 Deiphago – I, the Devil (Hell’s Headbangers)
One of the main purveyors of Philippine extreme metal since 1991, Deiphago are every bit as raw and unrelenting as a band from an exotic locale should be, meaning, there’s no refinement, which serves them well on I, the Devil. At various points throughout the album, it feels like Deiphago are ready to dive off the cliff — the meter of little concern, only savagery. Take cover and look out when Hellhammer-like basher “11:4:6” and the bludgeoning “Anti-Cosmic Trigger” take hold. – David E. Gehlke (Deiphago Facebook) 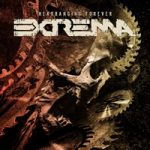 Extrema – Headbanging Forever (Rockshots Records)
Active since 1986 with guitarist Tommy Massara the lone original member left, Italian act Extrema has moved from their thrash roots to more of a groove metal platform, evident still on their seventh full-length Headbanging Forever. Tiziano Spigno as the latest vocalist has a see-saw melodic/spitfire delivery, catchy enough to carry a more streamlined effort like “Borders of Fire” or be a little more maniacal in lower stretches for “Heavens Blind”. Energetic gallops penetrate the title cut, while the 6:41 “Invisible” features lower chugging staccato-driven action and machine gun double kick/triplet volleys. The ten songs showcase the band’s penchant for jumping between groove, traditional, and thrash stances – perfect for those into Grip Inc., Sepultura, and a bit of 80’s Metallica. – Matt Coe (Extrema official website) 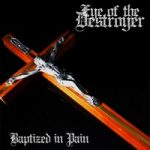 Eye of the Destroyer – Baptized in Pain (High Potency Records)
Baptized in Pain appears as a bit of a different take on death metal, with its solid extreme metal base and hardcore chugging to back it up. Notice the lack of ‘deathcore’ tag, as the band does feel more like they are trying to take that Internal Bleeding/Pyrexia/NYDM-style and further inject it with hardcore beatdowns. A lot of plodding, chuggy riffs dominate the mix, which some may get some mileage out of due to their sheer brutality, and the songs don’t outstay their welcome at about 3-minutes a pop. Unfortunately, it starts to feel a bit one-note by the time the second half of the album picks up. – Kyle McGinn (Eye of the Destroyer on Facebook) 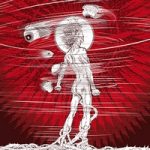 Feradur – Legions (Self-Released)
Harkening back to the melodic death era that is free from commercially-driven moments, Feradur hit the sweet spot with Legions. Given that same aggressive urgency as bands like The Absence, or even tapping back further towards acts like Without Grief or early Dark Tranquillity, the album is rather intense and frenetic. Tracks like “Kolossus” are notably fiery, but some balance is found in more melodic and mid-tempo chunkiness with “The Night They Were Taken.” Regardless of tempo, lots of ear-candy awaits the listener, making Legions a must if you are into that heavier style of melodeath. – Kyle McGinn (Feradur on Facebook) 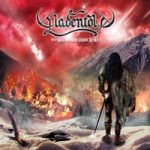 Gladenfold – When Gods Descend (Reaper Entertainment)
Arriving on the scene in 2003, Gladenfold from Finland put an interesting melodic death twist on things for their second album When Gods Descend. They possess power /symphonic metal elements in terms of their use of keyboards, power riffs, and dual extreme/clean vocals – creating a grandiose bombastic atmosphere at times a la Stratovarius/Sonata Arctica for “Brothers” and “Unreligion”, even as the harsh screams of Esko Itälä weave in and out of the smooth, clean melodies. At other points a Norse-like charm comes through the flowery keyboard tones and majestic vocals for “Immortalis”, while the seven-minute plus closer “Last Goodbyes” gives listeners a touch of their progressive tempo switch-ups, fluid acoustic nuances, and a triumphant twin electric guitar ending. Dramatic and dynamic, Gladenfold make the two sub-genres work for them. – Matt Coe (Gladenfold on Facebook)

Gravefields – Embrace the Void (Redefining Darkness Records)
Sometimes, a little bit of steamrolling death metal is in order to make it through a tough day. Gravefield’s debut checks off all the boxes in that regard, effectively pulling influences from both the classic and modern eras of death metal, while spicing it up with some shades of even black and grind at points. Tempos switch up on the fly, and there’s a surprisingly strong sense of melody that accompanies each of the tracks and they often hook the listener from the start (“Sulphur Injection”). It’s not too far from the usual death metal tropes, but they manage to keep it interesting and explosive from start to finish. – Kyle McGinn (Gravefields on Facebook) 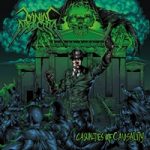 Maniac Abductor – Casualties of Causality (Inverse Records)
Finnish thrash metal here on this highly alliterative album title from Maniac Abductor. The quintet spit out an old school brand of raw, impassioned thrash for their debut full-length – accenting the right bass thump even in the mid-tempo mosh sections of “Fooled Again”. Expect blitzkrieg lead break excitement, forceful roaring vocals, and a boatload of riffs and songs that will rip you into shreds. These gentlemen study at the alter of Exodus as well as Slayer and Kreator – even putting in a bit of Sepultura for the closing cover “Troops of Doom”. There’s a fairytale-like rhythm groove throughout “Evil Brotherhood” that piques interest, while when the band goes all guns ablaze for the opening sequence on “No Hope for You” it’s a pummeling force to behold. Sure to satisfy most thrash appreciators. – Matt Coe (Maniac Abductor on Facebook) 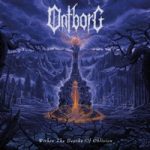 Ontborg- Within the Depths of Oblivion (Self-Released)
Italian band Ontborg can’t get enough of that Swedish HM-2 fueled death metal for their debut full-length Within the Depths of Oblivion. Ripping riffs tempered with sadistic growls and screams, plus the added weight of mid-tempo transitions make “Living Is a Torture” and “No Memories Beyond” sinister for Dismember and Necrophobic mavens. Conversely, the seven-minute plus epic “Snow of Lethe” takes the listener on a bit of an atmospheric side turn, the clean guitar work that opens the proceedings tender and semi-classical, allowing the tremolo/cultural feel as the distortion kicks in to devastate and cause a hypnotic swirl to overtake the proceedings. Brutality in 90’s revelry, Ontborg in a short time could wake the dead if this consistent quality continues. – Matt Coe (Ontborg on Facebook) 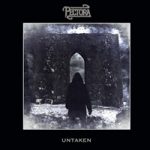 Pectora – Untaken (Mighty Music)
Together since 2001, Danish act Pectora released two independent EP’s prior to this Untaken full-length – and this is an eight-song outing ideal for those into straight ahead, energetic heavy metal with sturdy riffs and copious amounts of melodies. Between vocalist Kenneth Jacobsen’s Hetfield-ish clear snarl and the equally enticing twin rhythms/harmonies exploding from axemen Søren Weiss Kristiansen and Morten S. Nielsen, songs like “Collide” and “Unkindled Flame” bring feelings of Hammerfall’s early days along with Accept, Judas Priest, and Iron Maiden to the forefront, while closer “The Arrival” could wake Dio from the grave and bring him back to his Heaven and Hell Black Sabbath calling. Wave the banners high, feed your metal appetite and bang thy heads to Pectora glory. – Matt Coe (Pectora on Facebook) 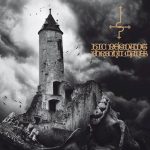 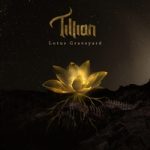 Tillian – Lotus Graveyard (Self-Released)
Leaning into the emotive side of the progressive metal genre, Tillian manage to convey some intricate songwriting with a touching core to it all. The music seems to swing from some moments of sheer heaviness (“Monster”) while still bringing in some varied world music influences (Spanish, Mediterranean, etc) and intriguing piano lines. Truly progressive in that sense, Tillian isn’t afraid to explore some boundaries with their music, and it quickly shifts gears while maintaining cohesion. Add in Leah Marcu’s enchanting vocals and it is the final piece of the puzzle for an exhilarating, poignant, and unique experience in the prog metal landscape. – Kyle McGinn (Tillian official website) 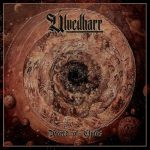 Ulvedharr – World of Chaos (Scarlet)
Previously a band utilizing Norse mythology as their lyrical guise, Italy’s Ulvedharr have made the transition into more social and/worldly topics for their fourth album, World of Chaos. Such a move in death/thrash territory is not such a big deal as long as the music holds up, which in the case of Ulvedharr, it does. The band’s chunky, but thrashy style gets both burly and vertical throughout, with the punky bass-into-full blasting of “Death Star” and Slayer-ized “Fire in the Hole” showing the most flair and intensity. – David E. Gehlke (Ulvedharr Facebook)