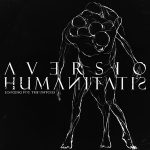 Aversio Humanitatis – Longing for the Untold (Blackseed Productions)
A brutal combination of blunt death metal force with the dark and somewhat twisted atmosphere of black metal is what you can expect from Longing for the Untold. Seamlessly fused with a to-the-point focus, the four tracks all center on delivering as much aggression and sinister vibes per second as possible. Between influences, it sometimes feels akin to a cross between the fiery intensity of Anaal Nathrakh with the dissonance of Gorguts. Some high standards for sure, but the more you listen to this one the more it’ll make sense. Brutal, but it’ll pull you back in for more. – Kyle McGinn (Aversio Humanitatis on Facebook) 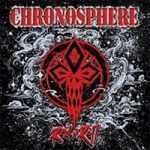 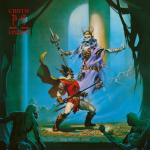 Cirith Ungol – King of the Dead Ultimate Edition (Metal Blade)
By “Ultimate Edition,” the mighty Metal Blade means a handful of hard-to-find live tracks and a bonus DVD for one of the early underground’s most revered albums. Cirith Ungol were a miscast outfit from California, who never quite fit into the thrash rungs but were too weird and progressive for the traditional-minded. It certainly shows on 1984’s King of the Dead, with vocalist Tim Baker sounding like a deranged Halford singing over Rush-like riffs and proto-Maiden arrangements. Kudos to Metal Blade for digging this one out of the vaults. It’s aged rather well. – David E. Gehlke (Cirith Ungol Facebook) 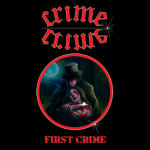 Crime (Chile) – First Crime (Shadow Kingdom)
Bucking Shadow Kingdom’s trend of finding unsung gems for reissue, Chile’s Crime are in fact, a new band, with First Crime seeing release on cassette. There’s your old-school. Playing a brand of zesty, frothy thrash-on-punk, First Crime, in its three songs, sounds as you would expect: raw, raucous and somewhat sloppy, which is more than suitable. The album is done in such a throwback manner that to the naked eye, it would appear it’s a reissue. However, it’s unclear if the band could maintain momentum throughout a full-length, but for now, who’s counting? – David E. Gehlke (Crime Bandcamp) 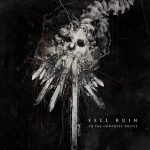 Fell Ruin – To The Concrete Drifts (I, Voidhanger Productions)
Blackened doom metal. Not usually at the top of many folks’ radar, but leave it to the usually intriguing label I, Voidhanger to find a band that actually makes it work. Eerie and moody crawls of doom and despair slowly build up to sheer malevolence and rollercoaster up and down (see “The Lucide Shell”) over the course of a song, but with the extended runtime there’s plenty of breathing time. More impressive is just how they can alter dynamic to flow from ambient and morose to caustic while making the song move forward with no signs of disconnection. That makes Fell Ruin a band worth keeping an eye on. – Kyle McGinn (Fell Ruin on Facebook) 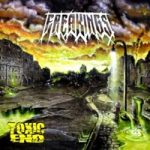 FreaKings – Toxic End (Self-Released)
Together as a thrash trio since 2008, Swiss act FreaKings go full throttle and rarely let go of the accelerator for this third album Toxic End. Old school to the bone, include wah-wah enhanced blitzkrieg leads, machine gun fire fills, and roaring vocals – it’s obvious a mix of Teutonic ferocity and North American musical might burst through the mix on “Violent Disaster” and “Price of Freedom”. FreaKings know how to play fast… and even faster on the 76 second “Beer Attack” – but their one-dimensional approach (especially with Simon Straumann’s favored snare/cymbal punk-oriented attack) could leave some searching for more versatility. Seek out samples and obliterate on command. – Matt Coe (FreaKings official website) 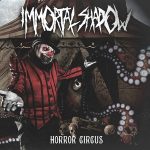 Immortal Shadow – Horror Circus (Self-Released)
How much deja-vu is too much? That’s ultimately the question that defines Horror Circus. Those keen to soak in another band capable of tossing together thrashy melodic death metal with loads of twin-guitar riffs will no doubt salivate a little bit at some of the melodies Immortal Shadow can showcase. The problem is ultimately how derivative it sounds compared to everything else out there. They keep it at the heavier end of the spectrum (modern this is not) and plenty of energy is available, but no real individual reason to come back to it after a few listens. Breaking further away from the mold would help Immortal Shadow considerably. – Kyle McGinn (Immortal Shadow on Facebook) 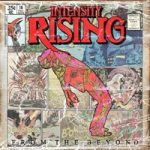 Intensity Rising – From the Beyond (Self-Released)
Best known for his work in Massachusetts progressive power party thrash band Sonic Pulse, Mick Mayer felt the need to explore his progressive, jazzy metal instrumental side of creativity on From the Beyond. Outside of drum programming help, all of the music comes from Mick’s efforts – and these two songs come from the Shrapnel meets Allan Holdsworth school – airy at times, fluid in others, with layers of guitar passages to mesmerize and study. “Yellow Tulips” literally tiptoes at first before gaining momentum with off time tempos as the bright, measured lead work captivates, while “A Distance Still to Go” rotates in and out heavy-handed progressive chord combinations and little jazzy nuances over the top. Ten minutes of tantalizing material for those who need that Dream Theater-esque instrumental fix. – Matt Coe (Intensity Rising on Bandcamp) 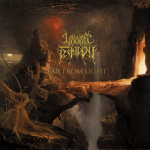 Lunar Shadow – From from Light (Cruz Del Sur Music)
Cruz Del Sur has such a soft spot for epic metal bands. Germany’s Lunar Shadow certainly fit the bill, playing a triumphant, soaring brand of melodic metal, topped off by Manilla Road, Manowar and Maiden leanings, which is par for the course. On Far from Light (the band’s first full-length), Lunar Shadow proffer labyrinthine, climbing songs, or, songs-within-songs-within-songs, which may fit the bill. While Alex Vornam’s vocals are a little thin at times, the deluge of twin leads and complex arrangements more than do their job. – David E. Gehlke (Lunar Shadow Facebook) 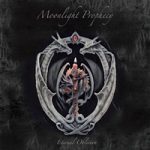 Moonlight Prophecy – Eternal Oblivion (Self-Released)
Hailing from southeastern PA, Moonlight Prophecy is the brainchild of Lawrence Wallace – known previously for work in black metal act Shadows in the Crypt and solo outings. Eternal Oblivion is a quick hitting three song EP, featuring two instrumentals and the title vocal track sandwiched in between. Outside of Mika Mage on bass, Lawrence handles the rest of the instrumentation and songwriting – keeping things on a dark, modern progressive/semi-thrash level, clearly conveying through “Spellbound”, “Witch Hunt”, and the title cut love for Nevermore, Testament, and Yngwie Malmsteen (on the shred breaks). Superior guitar technique gets you in the game, let’s see where Moonlight Prophecy develops over the course of a full-length- or possibly with a full human lineup. – Matt Coe (Moonlight Prophecy on Facebook) 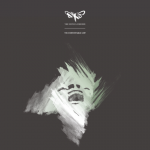 The Moth Gatherer – The Comfortable Low (Agonia)
Quite the coup for The Moth Gatherer in getting Refused throat Dennis Lyxzén to law down some vocals on “This Providence of Bones.” For a band who was already legitimate, Lyxzén’s participation further legitimizes The Moth Gatherer who with 2015’s The Earth is the Sky, established themselves as a Swedish post-metal touchstone. The Comfortable Low is simply a two-song EP meant to reflect upon the band’s electronic music origins and aside from the excellent “This Providence of Bones,” “Still Life Slumbers Here” (featuring Fred Burman of Satan Takes a Holiday) is a dreary, heavy provocation. – David E. Gehlke (The Moth Gatherer Facebook) 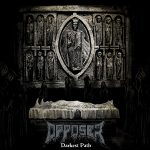 Opposer – Darkest Path (Morbid Shrine Productions)
“I’ll take old school death metal with a side of thrash, please.” That seems to sum of Opposer in a nutshell. Darkest Path takes a vintage death metal sound, with some notable melodies mind you, and adds just enough thrash influence to keep it out of the ‘another old school death metal band’ caricatures. It feels completely authentic, a key factor with this style, and the melodies only add to the appeal. You’ll actually be hard-pressed to get some of these songs out of your head once you dive in, which is the strongest compliment this album can get. It’s nothing you haven’t heard before, but those melodies really make it a cut above most of the current crop of competition. – Kyle McGinn (Opposer on Facebook) 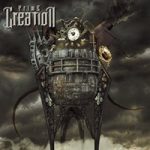 Prime Creation – Prime Creation (Mighty Music)
Containing four ex-members of Swedish power metal band Morifade who added in a new singer, Prime Creation on their self-titled debut deliver eight songs of heavy metal that traverse around darker, modern tones and heavier textures while maintaining a strong melodic stance. Esa Englund has a mid-range to slightly higher nature to his voice that is adequate yet not earth-shattering, while much of the riffing/tempo templates careen around aural visions of Evergrey meets maybe Memory Garden. Headbanging moments occur in the slower, crunchier “27” and “Scream”, which has some late 90’s In Flames power groove nuances. This should develop cult-appeal, as it’s going to be too heavy for some, and not happy (or fast) enough for others. – Matt Coe (Prime Creation official website) 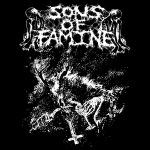 Sons of Famine – Alcohol & Razorblades (Horror Pain Gore Death Productions)
The filthy and grimy sound of Impaled Nazarene is in full-effect on Alcohol & Razorblades, a 2013 demo that was just reissued by HPGD Productions, with a full-length in the works for next year. The gritty textures are also combined with some rock vibes (think Motorhead) and d-beat rhythms, making for a sound that’s well within a sleazy range. As could be predicted, the energy level is off the charts when the band really let’s it rip, and the underlying melodies keep things interesting in the meanwhile. A short burst of energy with this one (under 15-minutes), so let’s see what happens when they move into full-length territory. – Kyle McGinn (Sons of Famine on Facebook)

Venenum – Trance of Death (The Ajna Offensive)
Dissection…my how are you missed. Even as bands like Naglfar and Thulcandra try to carry your legacy, it’s never quite the same, something Germany’s Venenum may experience upon the release of their Trance of Death full-length. Dissection-isms are all over the album, with some ideas taking shape (“Merging Nebular Drapes” is one), while other cuts like “Cold Threat” and portions of the three-part “Trance of Death” failing to translate. Not quite total Dissection worship, but you get the idea…Storm of the Light’s Bane still can’t be topped. – David E. Gehlke (Venenum Bandcamp) 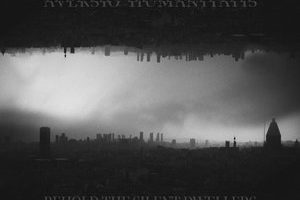 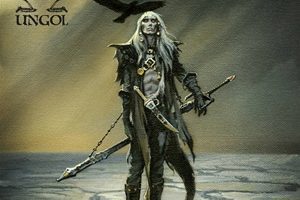