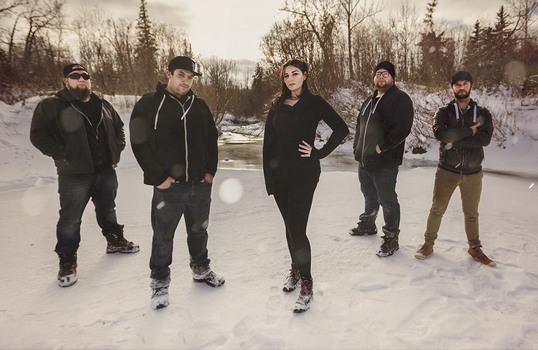 Are we slowly getting things back to normal? There’s been a few concert announcements made for later in the year at this point. Curious to see if they will stick around or just end up being cancelled beforehand. But exciting nonetheless to see some progress on that point after such a long drought. There’s always more stuff to review in the meantime! This month we look at Carnivora, Celestial Sanctuary, Exist Immortal, Peter Hermansson, Iniquity, Juliet Ruin (pictured above), Krave, Motorjesus, Motorpsycho, Screamachine, Synastry, and Yellowtooth. 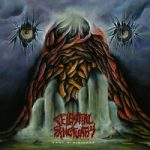 Celestial Sanctuary – Soul Diminished (Redefining Darkness Records)
Rumbling, tank-like old school death metal pique your interest? If acts like Bolt Thrower get you going, then Celestial Sanctuary (hence the name) are going to be right up your alley. Taking that classic and methodical pacing and making it as heavy as all get-out, Soul Diminished is always stomping ahead. Strong groovy riffs are the bread & butter, though they are wise not to limit themselves to surviving on that alone. Good meat & potatoes kind of death metal. – Kyle McGinn (Celestial Sanctuary on Facebook) 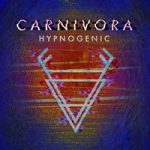 Carnivora – Hypnogenic (Self-Released)
The latest single from Massachusetts metal band Carnivora, “Hypnogenic” features guest support on guitar and vocal fronts from Jon Donais (Anthrax,Shadows Fall) and Matt Bachand (Shadows Fall, Act of Defiance). Another frantic roller coaster of a song that features a whirlwind of heavy riffs and shifting dynamics in the thrash/melodic death and groove metal molds, once against the diverse duality screams/clean switch-ups from Haydee Irizarry matches the versatility these musicians serve up in under three-minutes. Keeping their eyes on delivering fierce songs that can still be catchy, the sky is the limit for Carnivora’s appeal all across the modern metal scene. – Matt Coe (Carnivora on Facebook) 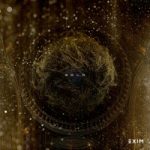 Exist Immortal – Act II: Gold (Seek and Strike)
The second part of a planned trilogy, Exist Immortal are back with Gold. Space-y Djent/modern prog riffing, soaring vocals (pleasantly avoiding growls), and heavy grooves aren’t exactly a new combination, particularly in this genre. But Exist Immortal makes it work for them across the four tracks. Despite some similarities to others, the formula is solid and works in their favor. There’s always something meant to draw your ear, and the variety (vocals, melodies, grooves, atmosphere) keep Gold rather interesting. – Kyle McGinn (Exist Immortal on Facebook) 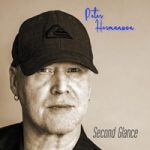 Peter Hermansson – Second Glance (GMR Music)
Best known as the drummer for early 80’s Swedish heavy metal act 220 Volt, Peter Hermansson has a new solo album featuring a wide array of Swedish musical support on Second Glance. Given his history and contributions as a songwriter and musician, it shouldn’t be surprising he can get his pick of great musicians – including John Leven (Europe), Janne Stark (Overdrive), and others from Therion, Sorcerer, and even his 220 Volt cohorts. Peter handles vocals, bass, and drums for most of these songs – a grand array of 70’s/80’s bluesy hard rock/metal tracks with a mix of electric and acoustic instrumentation, the best of the bunch being the seductive “Angel Eyes”, Led Zeppelin meets Deep Purple-esque “Hero’s End”, and the heads down heavy grooving “Movin’ On” featuring some killer lead break work against Peter’s soothing, low melodic register. The older brigade clamors for memories of their youth – and this throwback delivers the goods in spade. – Matt Coe (Peter Hermansson on Facebook) 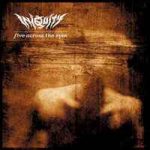 Iniquity – Five Across the Eyes (Emanzipation Productions)
Another old school death metal reissue brought to you by Emanzipation Productions. They usually manage to find some gems, and Five Across the Eyes is no exception. Iniquity bring dyed-in-the-wool death metal along the lines of Morbid Angel, with a killer Jacob Hansen production to boot. Originally coming out in 1999 (label was then Mighty Music), it captures the sound of that era quite well with a focus on brutality-forward yet memorable songs that have a somewhat melodic feel at times. Bolstered by grooves and plenty of tempo switches, it’s a solid formula for those seeking the genuine article instead of a newer act playing old school death metal at its finest. – Kyle McGinn (Iniquity on Facebook) 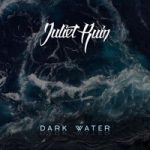 Juliet Ruin – Dark Water (Self-Released)
Metalcore act Juliet Ruin is back following up their debut with a short EP entitled Dark Water. Everything that worked well for them before is shining once again, and if anything the songwriting feels tighter. The hooks are stronger, the grooves are heavier and more emphasized, and some of the guitar melodies and leads are flashier. Just the sort of step up that you’d like to see from a promising act. Those that enjoy the heavy/melodic aspects that metalcore can offer should feel right at home with Juliet Ruin, and hopefully we’ll see a longer release in the near future. – Kyle McGinn (Juliet Ruin on Facebook) 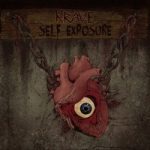 Krave – Self Exposure (Self-Released)
Self Exposure is a short, three song offering from upstarts Krave. A mix of rock-ish attitude blends into a somewhat heavier feel as the music opens up, with a dash up punk spirit blended in for good keeping. There’s a more immediate feel to the band’s sound because of it, and the mix of the aforementioned sources makes it feel pretty accessible while keeping a harder edge to it. It’s a little bit of a taste with 3 songs, and feels more rock than metal at times, but it’s a nice change of pace. Groovy and rolling fowards, with solid vocal work. – Kyle McGinn (Krave on Facebook) 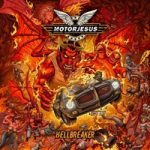 Motorjesus – Hellbreaker (AFM Records)
The seventh album from German act Motorjesus, Hellbreaker goes full throttle in its heavy rock/metal attitude and performances. Very much down to earth with a punk-like charm amidst some burning riffs, twin guitar activities, and savage, gritty vocal melodies – it’s hard not to rage, scream, shout, and join the band in unison to the aural proclamations delivered on “Battlezone”, the mid-paced “Beyond the Grave”, or low-tuned rhythmic chugging “Firebreather”. Together since 1992, it’s obvious why they’ve become favorites in various stoner metal and heavy rock communities – the choruses large, the musical hooks just as catchy, and entertaining the listener with eleven focused songs in under 45 minutes. Could this be the record to penetrate the North American market as Motorjesus has a foothold on their own European soil? Hopefully… – Matt Coe (Motorjesus official website) 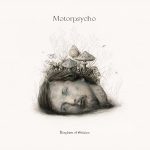 Motorpsycho – Kingdom of Oblivion (Stickman Records)
Grabbing a Norwegian Grammy nomination for last year’s The All Is One album, Motorpsycho return with their latest full-length Kingdom of Oblivion. Containing thick stoner/psychedelic vibes in a 70’s throwback hard rock/metal context, the vocals glide in another serene, spacious manner. Three guys making noise, combining the textures of Black Sabbath, The Beatles, Kyuss, Clutch, Rush and a host of other primitive, free flowing acts, songs like “The United Debased”, calmer “The Hunt” as well as progressive, left-field groove-monster epic “The Transmutation of Cosmoctopus Lurker” bob, weave, and mesmerize through walls of sonic exploration to take the listener on a momentous journey. At 70 minutes, the information may seem long-winded but it flows effortlessly, as these are seasoned musicians with origins in mid-1980’s bands. Succumb to the haze, venture into stoner/groove hard rock and metal rarely heard today. – Matt Coe (Motorpsycho official website) 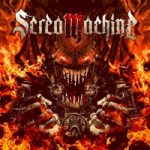 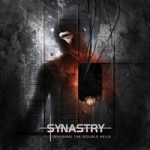 Synastry – Dividing the Double Helix (Self-Released)
Only a few months after Civilization’s Coma, Synastry are back with another three tracks to enjoy. This is cyber metal (think Fear Factory, but mixed in with some melodeath), and has an appropriately heavy yet still modern feel. The songs feel in the same vein as the last EP, but that’s expected with the time interval. If anything, there’s less direct FF influences and the slight emphasis on groovier sections to counter the more aggressive battery is a nice addition. A solid emerging group if you are into this sort of style. – Kyle McGinn (Synastry on Facebook) 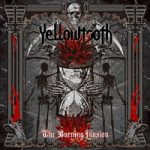 Yellowtooth – The Burning Illusion (Orchestrated Misery Recordings)
The third album from Indiana’s Yellowtooth, The Burning Illusion fuses a heavy cocktail of doom and sludge metal with influences from the 70’s, 80’s and 90’s. Between the dual hypnotic clean/gruff vocals of bassist Peter Clemens and guitarist Henry McGinnis and the solid groove/fill mechanics whirling around from Dave Dalton, there’s obvious affinities from Clutch and Xysma to Black Sabbath and Corrosion of Conformity throughout these nine tracks. Grabbing attention immediately through the slow, penetrating southern angles of “From Faith to Flames”, catchy numbers like “The Illusion” and seven-minute plus doom/retro-metal trip that is “Scattered to the Wind” showcase a trio well-adept to interplay and spaces to lock and load in the hooks and grooves, resulting in smart execution. Feel the smoke, don the denim, suck down your favorite cold brew and enjoy Yellowtooth – as these gentlemen rock. – Matt Coe (Yellowtooth on Facebook)