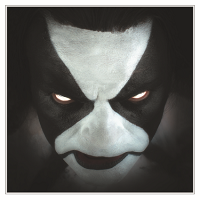 Continuing the prediction from Exmortus’ start to the year at the end of December, we’re all in for a great 2016 in regards to heavy metal. Edging past the crowd (which included Fleshgod Apocalypse, Striker, and Avantasia) was Abbath, whose solo album definitely struck a chord. Continuing the progression of later Immortal, Abbath takes familiar elements and brings them a step or two further. Killer cuts like “Fenrir Hunts” and “Ashes of the Damned” are sure to please Immortal fans, as well as bring in plenty of new followers. As will the upcoming North American tour with High on Fire in March/April.