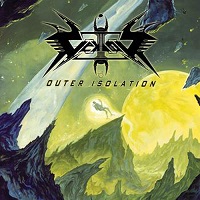 The gap between technical thrash and not-so technical thrash is noticeable, especially if you’ve been hit over the head repeatedly with denim-sporting mongrels who are barely old enough to drink. To start a band in one’s garage after a few spins of Bonded By Blood is one thing, but having a go at things after studying at the altar of Watchtower, Coroner, and Voivod is entirely another. Falling into that category is Phoenix’s Vektor, who revel in showcasing their advanced technical skills on their second album, Outer Isolation.

In spite of the thievery of Voivod’s logo font, there isn’t as much influences from the legendary Canucks as one would think, save for “Fast-Paced Society,” which feels like it could find a place on Killing Technology. Rather, Vektor makes excellent use of advanced, highly frenetic riffing, which if we want to go there, could nip at the heels of Atheist and Quo Vadis. So essentially, Vektor has taken the technical finesse of these bands and placed them into a thrash context, complete with sci-fi lyrics. Agent Steel they are not, but they’re precariously close. And that’s not a bad thing.

Throughout the course of eight tracks, Vektor manages to keep things interesting, especially when they move away from their rambunctious death/thrash angle, like on “Venus Project” and “Dark Creations, Dead Creatures,” the latter of which is perhaps the best song of the bunch. Furthermore, the band doesn’t shoot itself in the foot by dumbing itself down to feature lazy “mosh” parts or contrived solos; Outer Isolation keeps its technical shell intact and benefits from it.

Because Outer Isolation isn’t lowest common denominator thrash, Vektor runs the risk of missing that audience entirely. However, the always-open arms of the tech metal scene should have zero difficulty latching onto Vektor, even if they’re logo is like Voivod’s and they’re en route to becoming this generation’s Agent Steel. 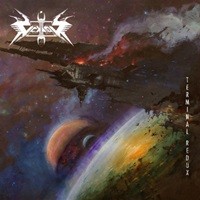 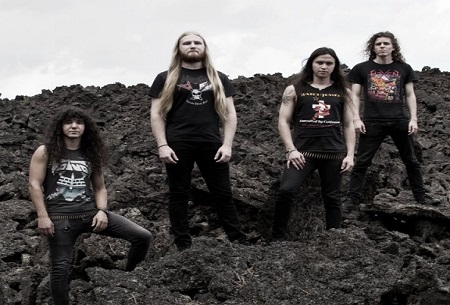