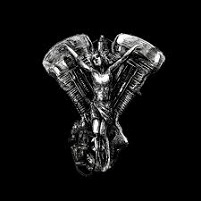 We’re unsure of when the American black metal scene will be taken as seriously as the Scandinavian incarnation, but that time could be rapidly approaching if more bands

like Imperial Triumphant come along. Bear in mind that these bands aren’t game-changers per se; rather, they’re moving in a different, more artsy direction than their contemporaries across the ocean. In doing so, there’s a lot of leaning on the abstract, the “weird for the sake of being weird, but it’s passable since this is black metal.” This appears to be where USBM is headed, thanks to the likes of Krallice, long-time stalwarts Absu, and Imperial Triumphant.

Comprised of members of emerging technical death metallers Pyrrhon, Imperial Triumphant gets their black metal kicks in largely the same manner in which fellow obtuse weirdos Deathspell Omega do, only with a fraction less cohesion and vulnerability on their Abominamentvm debut. Per the normal, a lot of these songs let the riffs twist in the wind (winter winds, of course), dissonant in nature, and thoroughly disheveled. By the time “Crushing the Idol” settles in, one is left with more stones to unturn via the spellbound “Devs Est Machina” and swirling “S.P.Q.R.” At only 25 minutes in length, there is really no proper recourse to take with Abominametvm other than to scratch and claw for footing, which only comes if you work for it.

Bands like Imperial Triumphant need to be aware that their constant pushing of the envelope might do them more harm than good down the road. There’s only a segment of bands that can get away with being whacked-out 24/7 (Deathspell Omega being the most obvious; Krallice is getting there), and onAbominamentvm, Imperial Triumphant demonstrate just how disjointed and interesting American black metal has become.