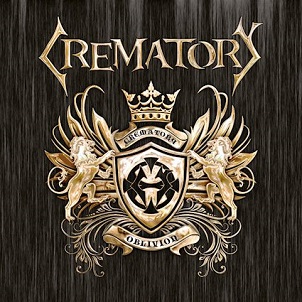 What’s a veteran German Goth act to do when struggling to sell concert tickets and albums? Apparently, it’s to go on a Facebook tangent telling their fans to “get off their lazy asses” and start buying tickets, CDs and double-vinyl LPs. Whelp, it escalated to the point where Crematory is regularly in the news, but for the wrong reasons, obviously. They were never a factor over here in North America but have managed to carve out a relatively stable career in Europe, where their heavy-handed brand of melodic Goth metal still holds serve. They continue to knock out largely the same album though, something reflected on Oblivion, which may explain those lackluster sales…

Anyway, the formula Crematory has employed since 1991 (they took a two-year hiatus from 2001 to 2003) is like this: A grunted, mid-tempo verse from vocalist Felix, often accompanied by light keyboard touches, then, a cleanly-sung chorus, which is now handled by guitarist Tosse Basler, who turns in the album’s best moment on “Until the Dawn.” It’s somewhat reflective of past Crematory releases; somewhere in the slush and Goth saturation comes some rather memorable songs. Such was the case for 2000’s Believe (“Take,” “Unspoken”) and the rest is mostly mid-tier Euro Goth.

While it would be easy to lob barbs at Crematory to the effect that their Goth sound is dated, it’s pretty clear they’ve long perfected it but never bothered to try anything new. Oblivion is the result of a band too reliant on a formula and in doing so, unable to see that they’ve gradually been shedding fans. But, a good Facebook rant goes a long way…said no one ever. 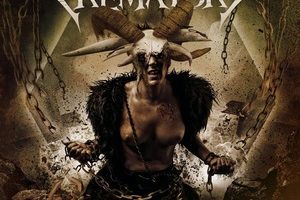 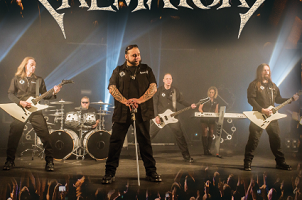 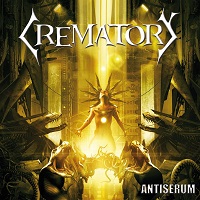