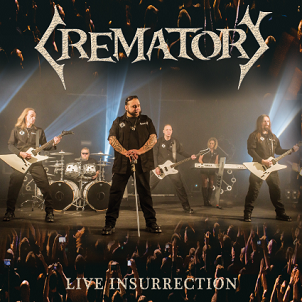 Hmmm…not sure what the deal is with the cover to your left. Is vocalist Felix Stass supposed to be looking down on the crowd in adulation, or, is it another case of Photoshop gone wrong? Visuals aside, Crematory is Germany’s longest-running and most successful Goth metal band, a feat achieved through unflinching albums of gruff-man vocals combined with dominant synth and keyboard work. Crematory has a formula and they’ve stuck to it, for better or worse. Live Insurrection, like nearly every live album in this day and age, is probably something worth passing on in favor of the band’s actual studio output.

Recorded during the band’s 2016 appearance at Germany’s Bang Your Head!!! Festival, Live Insurrection leans on Crematory’s recent output, in particular, the Antiserum (2014) and Monument (2016) albums. One would have wished for more songs from 2000’s Believe (“Unspoken” remains the band’s finest moment to date), but ‘twas not to be. Nevertheless, sonically, Crematory is in fine form, with their brute riffing approach suiting the heavy-set vocals of Felix and clean vocals of Tosse Basler, a role he’s assumed since 2015. Highlights include “Fly,” “Ravens Calling” and “The Fallen,” which emerges from the aforementioned Believe album.

Forever relegated to European audiences, Crematory is the embodiment of German Goth metal. Sure, they’ve never had the necessary career breakout to reach a wider audience (they were on Nuclear Blast for a spell, although that’s when the label was still on the climb), but Crematory’s consistency and ability to churn out steady, to-the-point Goth metal anthems remains commendable. While Live Insurrection is nothing more than a throwaway, Crematory will no doubt soldier on with another studio platter to be rolled out in the near future. 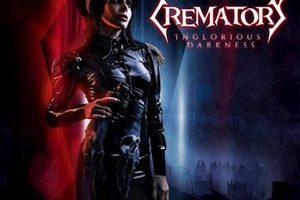