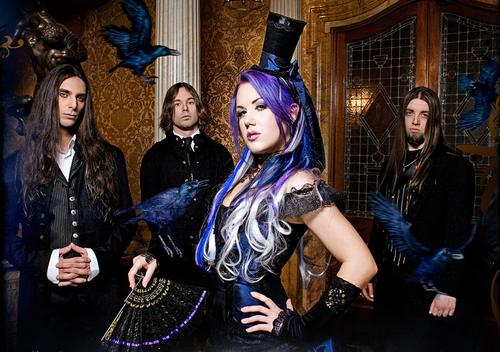 Canadian metallers THE AGONIST have posted a clip of drummer Simon McKay’s playthrough of their song “Panophobia,” taken from the Prisoners album. The clip can be viewed below.

THE AGONIST have been confirmed to play their home town of Montreal, Quebec at Foufounes Electriques on July 12th. Other bands on the bill include BORNBROKEN, ORDER IN DISORDER, THROUGH DEATH and EVERTRAPPED. Go to this location for complete event details.

As previously reported, The Agonist are among the acts confirmed for the Waves Of Metal, a new metal event which takes place Saturday October 19th 2013 at Het Podium in the city Hoogeveen, The Netherlands.

The complete festival line-up is as follows: