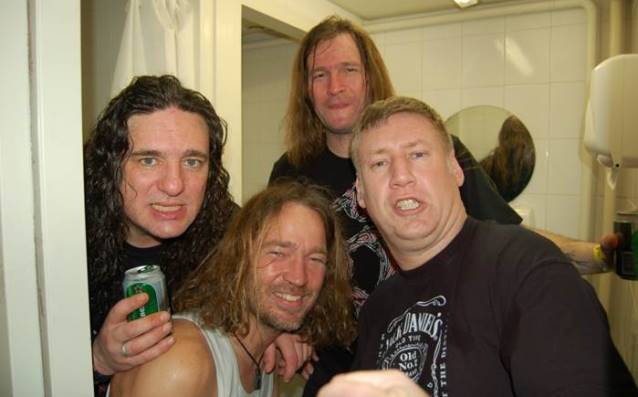 German beer lovers and cult thrashers are streaming “Fooled By Your Guts,” a song from their forthcoming new album, R.I.B. (Rest in Beer). The album will be released on June 20 via Nuclear Blast. The follow-up to 2012′s A Girl Called Cerveza was recorded at Studio 23 in Frankfurt, Germany.