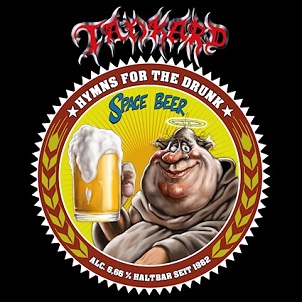 Not the biggest, but certainly the most lovable out of the “Teutonic Four” that also includes Destruction, Kreator and Sodom, Tankard have carved an indelible niche playing “beer metal.” (“Alcohol metal” also counts.) It’s a calling card that has seen the Germans make light of their fondness for booze, all the while never taking themselves quite too seriously. And yes, the band has done a few serious songs over the years, but the subject of beer and more beer have kept the band, ahem, afloat since 1983. Their early Noise years and recent Nuclear Blast output receive the most attention, but don’t sleep on Tankard’s AFM Records period, which is encapsulated in the Hymns for the Drunk compilation.

Featuring 17 songs from 2002 to 2010, Hymns for the Drunk catches Tankard in full stride, actually, their zesty, fluid brand of thrash having survived the turbulent ’90s, in particular, a few sterile and uninspired albums before they departed Noise. The cuts on this compilation, though, qualify as some of their most underrated and unrelenting, with the brash “Need Money for Beer,” riotous “New Liver Please!” complementing re-recordings of vintage jams such “Empty Tankard” and “The Morning After.”

Hymns for the Drunk casts a seriously wide net, so much so, that it should prompt newcomers or those who lost track of the band’s 2000s output to seek out their AFM releases, which as mentioned above, is much better than it’s given credit for. Tankard may remain far more popular in European territories than here in North America, but there is no band who will ever come close to matching drink, song and thrash. A match made in (beer) heaven all the way. 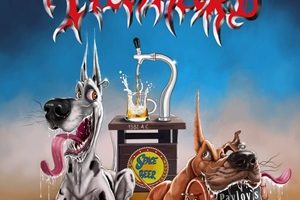