Let’s get this out of the way first: The site’s existence and continual push forward would not be possible without Kyle McGinn and the rest of the staff. The calendar year for yours truly brought forth getting hitched (read: married) in August, and perhaps more intrinsically to the site, a book endeavor that forced me to reduce my involvement with DR significantly. Simply put, writing a book (it’s about Noise Records, the label who signed Celtic Frost, Helloween, Kreator, etc.) and running the site at the same time was virtually impossible, so thankfully, Sir Kyle took over the reigns and we haven’t missed a beat. He’s a swell guy. So is everyone else involved with DR. And so are you, our faithful readers.

At any rate, 2014 to these ears, wasn’t an outstanding year. With nothing on the scale of totally awesome or world-beating to work with, the year has a lot of just pretty good albums, the best of the bunch being Insomnium’s Shadows of the Dying Sun. The rest on this list certainly have merit and/or promise, especially fresh-faced acts like Shores of Null and Ne Obliviscaris. And hats off to some veteran thrash bands for staying relevant (Exodus and The Haunted), and to Unisonic for keeping melodic metal alive. And as per the norm, through the glut of releases that grow by the year, there are always some bright spots, and as us long-suffering Cleveland Browns fans like to say, next year to look forward to… 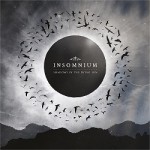 1. Insomnium – Shadows of the Dying Sun (Century Media) In a career already littered with triumphant albums, Shadows of the Dying Sun is Insomnium’s finest hour. The near-perfect collection of mournful melodies and brazen Finnish melodic death metal, the album blows through one dynamic cut to the next, all the while maintaining the band’s marvelous atmospheric ebb and flow. 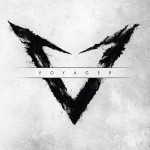 2. Voyager – V (Nightmare) An unheralded Australian progressive metal act who used the much-controversial crowd-funding to pay the bills for V, Voyager provided a summer’s worth of striking, bouncy, near-poppy jams, some of which were total ear-worms, ala “Embrace the Limitless” and “A Beautiful Mistake.” Hopefully their Australian locale won’t be a detriment for much longer – Voyager are on the up-and-up. 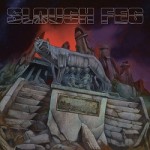 3. Slough Feg – Digital Resistance (Metal Blade) The jump to Metal Blade for Slough Feg brought the band some much-deserved attention, perhaps furthering their cause as one of metal’s most unique – and cult-ish acts. Digital Resistance finds Mike Scalzi and crew romping around with their unconventional brand of home-spun 70s metal, and Scalzi’s definable vocals. It’s a mix no one else but Slough Feg can pull off. 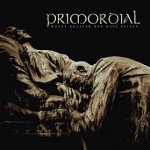 4. Primordial – Where Greater Men Have Fallen (Metal Blade) A band whose cult stature has only grown with time, Ireland’s Primordial remain their homeland’s best metallic export. On Where Greater Men Have Fallen, the Irishmen continue their epic, highly unique push with songs loaded with character and might. And of course, who wouldn’t pass up an opportunity to hear vocalist A. Nemetheanga belt it out? 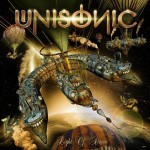 5. Unisonic – Light of Dawn (Armoury) Speaking of “belting it out,” Unisonic singer Michael Kiske (he of classic Helloween fame) has made a full-on return to his metal roots with the band’s second album, Light of Dawn. Heavier and more power metal-inspired than its 2012 self-titled predecessor, Kiske and his cohorts effortlessly balance hearty melodic metal with AOR sensibilities. It almost cancels out the need for a full-on Helloween reunion. Almost… 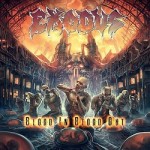 6. Exodus – Blood In Blood Out (Nuclear Blast) And speaking of reunions, the re-entrance of Steve “Zetro” Souza to the Exodus fold was that of major surprise to many. The band and singer engaged in quite the verbal sparring match via the media since the frontman was unceremoniously dropped in 2004, but here they are, with a searing new platter in the form of Blood In Blood Out. Souza’s animated bark fits the band just slightly better than Rob Dukes, and naturally, Gary Holt is in no short supply of riffs. 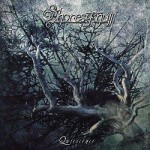 7. Shores of Null – Quiescence (Candlelight) The only debut to crack this list, Italy’s Shores of Null created a wondrous blend of melodic and progressive death metal on Quiescence. Of particular note should be the clean vocals of Davide Straccione, who might be the band’s best function, which is saying a lot. There’s not many weaknesses to be found across this album. 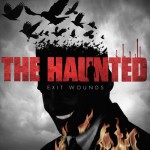 8. The Haunted – Exit Wounds (Century Media) Hard to ignore those God-awful late-Dolving years, but Exit Wounds was about as good of a rebound as possible for the Swedes. In many respects, it’s the logical follow-up to 2003’s One Kill Wonder, aided heavily by killer jams such as “Cutting Teeth,” and especially “Time (Does Not Heal).” It’s unlikely the band will repeat its past mistakes again… 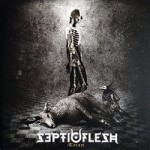 9. Septicflesh – Titan (Prosthetic) Down the symphonic hatch goes Septicflesh, who more and more are becoming the preeminent orchestral-tinged extreme metal band. (Sorry, Dimmu.) On Titan, the Greeks combine the sheer brutality of their 2008 Communion album with the wide-scope(d) sounds of a full-scale symphony. In essence: These guys should be doing movie soundtracks. 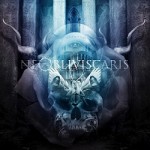 10. Ne Obliviscaris – Citadel (Season of Mist) Harped upon by many on the DR staff (especially Bowling), Australia’s Ne Obliviscaris are a progressive death metal fan’s wet dream on Citadel, their first for Season of Mist. Such a boost in the label department should bring the band some much-deserved attention, for their attention to detail, melodic swirl, and spacious violin usage instantly separates these guys from the pack. One gripe, though: Write shorter songs.