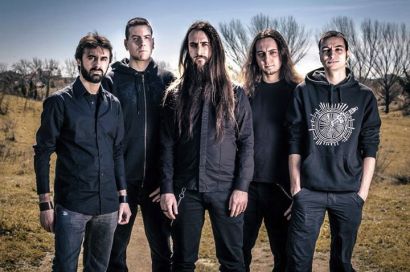 Italian melodic blackened doom band SHORES OF NULL have posted the video for “Quiescent,” the title of their forthcoming album, which is due March 25, via Candlelight records. The video can be viewed below.

Born with the sole aim of exploring the darker side of metal music, absorbing elements of gothic, doom, melodic death metal and other subgenres. It is something distant from the musical approach of the mother bands, some of which got over 10 years of experience under their belt (THE ORANGE MAN THEORY, ZIPPO). Crushing epic riffs and impressive gloomy vocals are combined here with dismal lyrics and misty soundscapes, where the whole plot can be described as epic, intense and very peculiar.