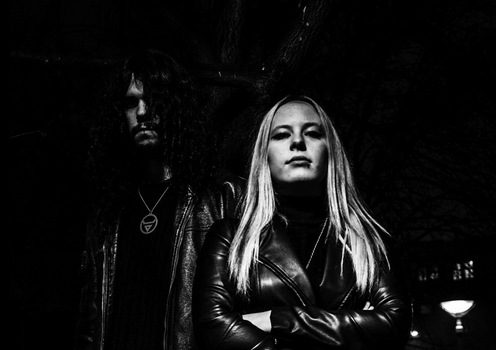 Despite the ups and downs of today’s society, there’s always a guarantee that there will be some new music, and new videos by that same measure, to keep everyone’s sanity (relatively) intact. So with that mentality in check, we go about finding some of the most worthy for everyone to enjoy. This month we feature The Agony Scene, Burden of Grief, Frequency Drift, Krosis, Mustasch, The Night Flight Orchestra, Shores of Null, Vicery (pictured above), and a look back at one of Moonspell’s early videos.

The Agony Scene
“Hand of the Divine”
Tormentor
Outer Loop Records
The first glimpse of new music from the metalcore act The Agony Scene sees them picking up right where they left off with Get Damned. “Hand of the Divine” is a pummeling track that is fueled by the band’s melodeath influences and thrashy gallop, and never relents in energy. Of course, to accompany the song, inspired by a man who murdered his three children due to his belief they had been possessed by demons (along with the binding of Isaac), is a visual that is just as harrowing. But it’s also one with an open-ended finale after watching a pair of folks make their way through the woods to their sacrificial destination. A potentially promising return for The Agony Scene based on this track. – Kyle McGinn (The Agony Scene on Facebook)

Burden of Grief
“Broken”
Eye of the Storm
Massacre Records
First in a trilogy series of videos, “Broken” from Burden of Grief is a straightforward melodic death/thrash effort from the Germans that contains very catchy twin guitar melodies and a ferocious vocal performance. The video intertwines quick band performance footage against a storyline depicting a business man gone mad – participating in debauchery from excessive drug, alcohol, and sexual escapades. He ends up drunk with power and abusing things to the point where he is alone and desperate for help by the song’s conclusion. It’s exciting to see a veteran band take some risks in the concept department and give the viewers something to look forward to – as it should be interesting to see how the next video advances the already established narrative. – Matt Coe (Burden of Grief official website)

Frequency Drift
“Escalator”
Letters to Maro
Gentle Art of Music
Filmed in Toyko, the cinematic vision of Frequency Drift’s most recent release is rather strikingly realized by this video for “Escalator.” A real ‘art house’ type approach is evident, with visuals of crowded streets, a figure seen from behind (on an escalator) on several occasions, lots of flashy and busy night-time scenes all add up to something that feels unique. It gets more trippy as you continue to watch, ensuring that you return not only for the gentle progressive leanings (and strong vocal work) but the enticing images that accompany it. – Kyle McGinn (Frequency Drift official website)

Krosis
“Melting Point”
Solem Vatem
Unique Leader Records
When one thinks of technical death metal or deathcore, poignant and beautiful nature scenes probably aren’t the first images that come to mind (unless we are talking about outer space), but then again, Krosis aren’t meant to be so easily classified. The band’s progressive/technical leanings are out in the open on “Melting Point,” with a blur of intriguing riffs and complex melodies sitting atop of some more modern moments and structure. It’s this melodic side that makes the video work – a nice contrast with the more serene nature that sits around them as the band plays next to a lake. These guys should be garnering new fans left and right with material like this. – Kyle McGinn (Krosis on Facebook)

Mustasch
“Libertà”
Silent Killer
Sony Music
Criminally ignored stateside yet widely revered across mainland Europe, Swedish band Mustasch continue to churn out an addictive brand of melodic hard rock/metal with bite on their latest effort Silent Killer. The newest single “Libertà” contains a stirring main riff that has some In Flames-like qualities, as the vocals channel the better parts of grunge and Glenn Danzig. The visual components take place on an airfield, featuring slow motion turns and picturesque sky-high action. This scribe bets the quartet truly enjoyed feeling like a kid in a candy store taking visual dreams and putting them into reality. In a just world, Mustasch would be touring globally to sold out audiences at arena/stadium levels – yes, they are that good. – Matt Coe (Mustasch official website)

The Night Flight Orchestra
“This Time”
Sometimes the World Ain’t Enough
Nuclear Blast Records
Surely the first of many fun videos to come from the band’s upcoming fourth album, The Night Flight Orchestra continue to revel in the retro on the lead single “This Time.” Lots of ’80s inspired effects (and hiccups of course) set the tone, and it’s quite clear the entire band is having a great time with the concept. And why wouldn’t they be? “This Time” is just as instantly addictive as anything on their previous album, Amber Galactic. If the rest of the album is as good as this track, classic rock (and Soilwork/Arch Enemy) fans are going to be in for a treat. – Kyle McGinn (The Night Flight Orchestra on Facebook)

Shores of Null
“House of Cries”
Black Drapes for Tomorrow
Candlelight/Spinefarm Records
We may have just featured Shores of Null last month, but with a new video that’s as exciting/creepy as “House of Cries,” we figured it’d be okay to give them some more attention. Done in black and white, there’s never a lack for striking images and artsy to sit beside the melancholic track (even at its heaviest moments). There’s quite a bit of depth with the way everything falls into place – it’s bleak yet thoroughly enticing, not to mention plenty of emotion between the song itself and the way that it plays out on screen. May this band’s third effort hopefully be the one that elevates their status to the much deserved next level. – Kyle McGinn (Shores of Null on Facebook)

Vicery
“TSAR #1”
Self-Released
What happens when you combine death/groove metal, Alice in Wonderland, and psychedelia? You wind up with Vicery’s latest video for “TSAR #1.” The description is as simple as that, and it’s just as far out there as you’d expect. The upfront heaviness of the grooves couple with the melodies to create quite an enjoyable vibe, mixing it up with some tribal-esque elements occasionally. When this combines with the already trippy vibes of Alice in Wonderland and then further intensify the psychedelia, the result is rather maddening (in a good way). A music video on acid? Potentially, but there’s nothing out there quite like it. Vicery are a promising young act, and with this level of creativity, they are bound to garner some attention. – Kyle McGinn (Vicery on Facebook)

Retro video:
Moonspell
“Opium”
Irreligious
Century Media
The first taste of Moonspell’s second album, “Opium” is one of those anthems that helped propel the band into the national charts. Between the shifting clean to heavy dynamics, Fernando’s gothic to extreme vocal nuances, and the propulsive tempo changes, it’s easy to understand how Moonspell found favor with metal, alternative, and gothic audiences. The older early 20th century symbolism, map/calligraphy notes, and occasional flashes to cascading water against rock sequences keep up to the song’s quick delivery. Even as Moonspell modify or expand their outlooks album to album, “Opium” continues to fuel my passion for the band this many decades later. – Matt Coe (Moonspell on Facebook)