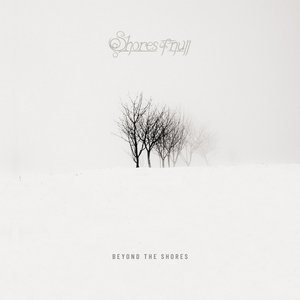 Interestingly, for their third full-length album, Shores of Null have gone route that few dare to travel. The road of the one-song album. Beyond the Shores is a 38-minute monster of a track that goes through the five stages of grief as the band evolves their sound into something darker and possibly even more profound. Shores of Null have been a bit of an underrated gem since their beginnings and the polish here is beckoning to be heard by a wider audience.

It takes some gumption to write an album-length track nowadays. Other bands have done it through the years (Edge of Sanity’s Crimson is always the gold standard to these ears) but given the attention fan and Spotify-ready playlisting of many nowadays, it’s a definite risk. But with added risk comes added reward, and that’s what Beyond the Shores is all about. The most important thing about a lengthy track like this is that it is constantly moving forward, with an ebb and flow that keeps you into it. Nothing worse than a 38-minute track that feels like an hour, right? Your attention is almost immediately grabbed by the moving strings and sounds of the shore/wind as the song opens, and it adds some gravitas as the guitars and bottom end make a more notable entrance. They feel more heavy this way – like they are supposed to be opening up something truly epic. Once the ball is rolling, that’s half the battle, and Shores of Null really succeeds here.

Going through essentially five movements, the most striking bit is the slight alteration in sound the band has undergone since Black Drapes for Tomorrow. A more doomy, plodding pace comes into play along with the gothic vibes the band has maintained (alongside Davide Straccione’s readily identifiable vocals and charismatic vocals). It’s a good fit for the track, which seems to go between moments of agonizing/soulcrushing heaviness and ethereal melodies that sit on the gloomy side of things. Occasionally the tempos pick up, and there’s a great sense of pacing in that they don’t stay too long at any given point – but the track feels remarkably cohesive. A few pieces are repeated in some form over the track, and work as a nice reminder that you are listening to a single track, even if it does shift through those five movements. Some guest vocals from Mikko Kotamaki (Swallow the Sun), Thomas A.G. Jensen (Saturnus), and Elisabetta Marchetti (Inno) also provide some moments of freshness – particularly the use of Marchetti with Straccione together in some sweeping, beautiful moments.

Take a solid 40-minutes and give Beyond the Shores your full attention. It’s a special thing to get a lengthy track like this so well-executed and dripping with emotion. The heavy moments are gripping, and the sorrow-fueled moments feel serene. It all leads up to an impressive conclusion with just enough uplift and acceptance that’ll leave you quite impressed, and most importantly, want to take the journey for another listen. Longingly beautiful from start to finish.