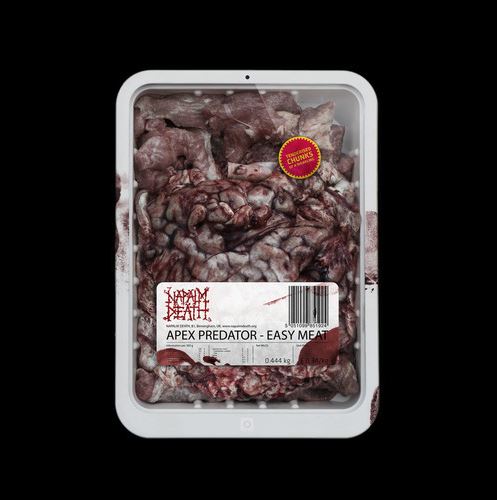 After a month off during the holidays, our Album of the Month has returned, and starts off with a bang with veteran grindcore band Napalm Death as our first staff pick in 2015. Since the band “revitalized” with Enemy of the Music Business, they’ve been consistently on top of their game and Apex Predator – Easy Meat is no exception. But more so, the band isn’t afraid to take grindcore out into new avenues of exploration (as evidenced by cuts such as “Dear Slum Landlord” and “Hierarchies”). Napalm Death deserves plenty of credit for staying relevant after all these years.

An excerpt from Kyle McGinn’s 9/10 review, which posted January 20th: