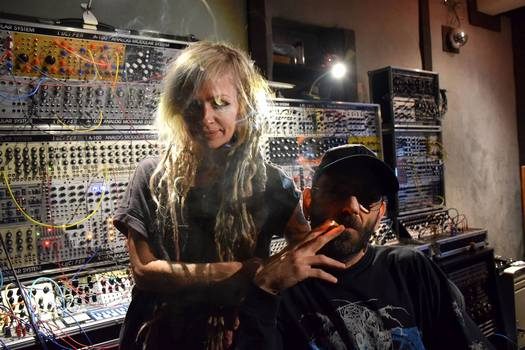 The summer heat continues to come across the US, so it’s always nice to sit in side and cool down with some enjoyable heavy metal. Something that for us means that we have more than enough material to cover, and end up putting some of the other releases into this very column. To keep it short and sweet, this month we investigate Black Earth, Chaos over Cosmos, Dead Frog, Gyze, Hex, Levania, Mind Key, Serpents (pictured above), Sinheresy, and The Trigger. 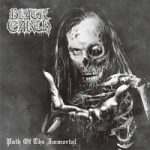 Black Earth – Path of the Immortal (Savage Messiah Music)
A Japan-only release for the quasi-Arch Enemy act (which features both Amott brothers and original AE vocallist Johan Liiva on vocals), but worth a look because it features two new tracks in addition to a simple re-release of a slew of tracks from Arch Enemy’s first three albums. “Burn on the Flame” and “Life Infernal” fit right in with the ‘old school’ tracks in such a way that you might not notice they are new on a blind listen (all the way down to the Studio Fredman production). Dizzying guitar theatrics and full of catchy melodies, it gives one a good idea of how things may have progressed if other paths had not been taken. While it might be too much to ask for Black Earth to be on the same footing as Arch Enemy, here’s to hoping that we’ll see a few more tracks in the band’s future. – Kyle McGinn (Black Earth on Facebook) 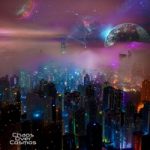 Chaos over Cosmos – Chaos over Cosmos (Self-Released)
Just shy of a year ago, we checked out The Unknown Voyage from Chaos over Cosmos, and they are quick to strike back with a new EP. Composed of two longer tracks and a shorter instrumental, all of the enjoyable elements from Voyage are here and improved. Ear-worming progressive melodies and excellent solos pair up with some more intense moments to boost the energy factor. There’s a lot going on in the 7-8 minute songs and the band wisely doesn’t waste a second as they continually toss the listener something to pay close attention to. Closer “Asimov” serves as a more relaxed way to close things out and prep for another listen. – Kyle McGinn (Chaos over Cosmos on Facebook) 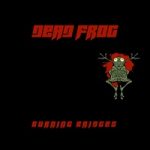 Dead Frog – Burning Bridges (Sliptrick Records)
Unleashing 70 minutes of material for their debut album, Serbian heavy metal act Dead Frog incorporate numerous alternative/progressive influences for Burning Bridges. The immediacy of shorter songs like “Asleep” and “Can’t Rely on the Truth” sets the stage for a second half where an epic track such as “The Secret’s Key” allows the listener to expand horizons with longer musical set ups and instrumental passages. The vocals have an ethereal, somber quality which along with 70’s style harmonies keep the proceedings very odd and left-field – as if Pain of Salvation were careening into some 90’s Tiamat and Iron Maiden/Metallica textures. The two-fold problem at this point involves the rather silly band moniker and the too long running time of their initial output – as most listeners at this stage can barely handle a 45- minute record, never mind over an hour. – Matt Coe (Dead Frog on Facebook)

Gyze – Asian Chaos (Black Sheep Records)
Gyze have been up to their Japanese take on melodic death metal for a few albums now, and Asian Chaos seems to increase their strengths. If anything has become more noticeable, it’s the use of more traditional Japanese elements into their playbook. Something that they’ve done from the beginning but their incorporation and use is at an all-time high here. It gives the Children of Bodom meets In Flames feelings something more unique to latch onto, though the guitar heroics are still the main attraction. Those who dig them are going to love this album, as there is never a shortage – but they never feel out of place either. An easy recommendation for veteran fans or anyone remotely into melodeath. – Kyle McGinn (Gyze on Facebook) 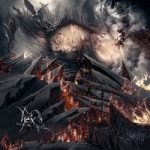 Hex – God Has No Name (Transcending Obscurity)
Old school death metal with a side of doom, Hex stomps and lumbers through their second effort in God Has No Name. While the doomy components give the material some added weight and depth, the death metal components themselves never really raise themselves above the ‘average’ quotient. It has bite to it of course, but there’s no real recognizable flavor after you finish listening to it. A few more melodic moments here and there do help (“Worshipping Falsehood”), but it’s never enough to make the release as compelling as it should be (particularly with that killer cover art). Maybe a doubling down on the doom is in order? – Kyle McGinn (Hex on Facebook) 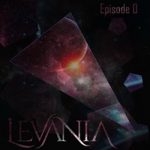 Levania – Episode 0 (Sliptrick Records)
After releasing two full-lengths, Italian band Levania have gone the EP route as of late, with Episode 0 the follow-up to last year’s The Day I Left Apart five-song effort. The five-piece go for a gothic metalcore sound, employing dual male/female vocals that shift between growls, screams and clean melodies – and musically add a bit of that poppy/EDM keyboard swirl to the mix for these three tracks. At only eight minutes you get two vocal tracks with pep in “Abyss” and the more mid-tempo “Reflections”, while the 1:29 “Reckoning” is a serene keyboard/clean guitar-driven instrumental affair featuring atmospheric charm of an outer universe perspective. Think Lacuna Coil meets In This Moment and a touch of Amaranthe and that should clue you in to Levania’s multi-dimensional modern sound that can be gothic and melodic one minute, then harsh in the metalcore feel the next. Hypnotic and probably best serves the youth. – Matt Coe (Levania on Facebook) 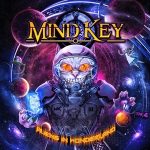 Mind Key – MKIII – Aliens in Wonderland (Frontiers Music)
A decade between studio albums due to various illnesses, members moving abroad, and one member appearing on the Italian version of The Voice tv show, MKIII- Aliens in Wonderland keeps the melodic progressive metal quintet on point. Intertwining a mix of Dream Theater/Symphony X blazing keyboard/guitar-oriented passages with their moody, emotional melodies and modern hard rock touches, there are highlights galore from the catchy opening title track and dynamic shifter “Angry Men” to the layered keyboard/piano orchestration against the aggressive guitar mechanics during “Vertigo (Where the Cold Wind Blows)”. Aurelio’s bluesy, potent vocal register puts him in league with Russell Allen – and those who love tighter song constructs with AOR-oriented choruses in their progressive metal will find plenty to savor in Mind Key on this record. May the fourth record come a little quicker, gentlemen. – Matt Coe (Mind Key official website) 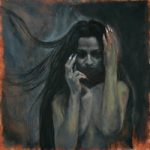 Serpents – Scongiuri (Bloodrock Records)
A collaboration between vocalist Karyn Crisis and Luciano Lamanna, this experimental ambient EP lines up perfectly with Crisis’ ability to stretch into other genres and sounds. Equal parts eerie/otherworldly and oddly ethereal (at least with some of the vocals), it’s an interesting experience for those looking for something outside of the purely metal realm. Parts of Scongiuri feel like the soundtrack to entering a dungeon, with haunting soundscapes and whispers tugging at your ears warning you to leave, yet you feel compelled to see what lies around the next corner. A unique listen for those seeking something a bit more adventurous and outside the box. – Kyle McGinn (Serpents on Bandcamp) 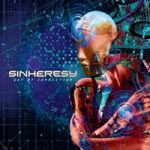 Sinheresy – Out of Connection (Scarlet Records)
Evolving from a Nightwish cover band into a full-original outfit, Sinheresy on their third album Out of Connection possess a brilliant mish-mosh of symphonic and melodic heavy metal throughout these ten songs. Promoting a forward-thinking modern punch right out of the gate for “What Makes Us Human”, the dual vocals of Stefano Sain and Cecilia Petrini provide that melodic fullness a la Amaranthe or Lacuna Coil – the crunchy/cyber interplay swirl a musical bonus. It’s hard not to get swept up into the infectious concoctions of Soilwork-ish screams and guitar propulsion for “Zero One” or the uplifting nature to “Immortals”. Even with most of the songs tight and focused, the eight-minute closer “The Circle” transposes into this cyber-kinetic entity, infusing cultural/tribal drumming, djent aspects, and a brilliant layered guitar sequence around the halfway mark that could be the best Sinheresy song to date. Excellent work here. – Matt Coe (Sinheresy on Facebook) 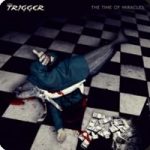 The Trigger – The Time of Miracles (Massacre Records)
After releasing three home market albums in their native tongue, Serbian metal act The Trigger sign with Massacre Records and venture into their debut English language effort with The Time of Miracles. Focusing on catchy riffs and melodic vocals that sit in the modern hard rock/heavy metal platform, the bluesy voice of Milena Brankovic and electronic/cyber infusion to the grooves and hooks sit in line with Sevendust meets Alter Bridge if sprinkling in a pinch of Lacuna Coil to the mix. “Ashes and Bones” has that call to arms emotional connection between the main musical hook and subsequent uplifting chorus, while the rhythmic clean picking and free flowing drumming takes “Used Up and Dead” to an alternate universe. Rivals the best American bands in this style, it’s crunchy, catchy, and worthy of your time even with the commercial elements at play. – Matt Coe (The Trigger official website)