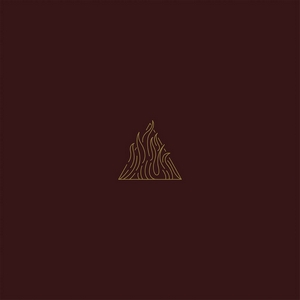 There’s a certain level of trepidation that comes with a Trivium release. The band has shifted between sounds over the years, in an attempt to find a voice that is uniquely theirs. Their last album, Silence in the Snow, saw the band going in their most melodic and ‘mainstream’ direction. The Sin and the Sentence doesn’t forget those notions, but puts things back together in a much more metallic orientation. In doing so, design an album that celebrates all things Trivium.

Embracing a wide breadth of approaches that the band has delved in over the years, the merger of heaviness and melody is at its peak. On the more aggressive side, you have cuts like the groovy closer “Thrown into the Fire” and “The Wretchedness Inside,” which have some throwbacks to the band’s early work without sounding lost in the past. Drummer Alex Bent (Brain Drill) is key here, bringing in more extreme elements like blast beats and some great fills into songs like “Beyond Oblivion.” On the other hand, you have the snappy melodies of “Endless Night” and single “The Heart from Your Hate,” which give some prominence to catchy riffs and clean singing. But the strongest are the ones that manage to mix both sides together in harmony. 7-minute standout “The Revanchist” hits melodies, groovy riffing, some progressive influences, and some soaring vocals together for a riveting modern metal experience. Likewise, “Betrayer” melds thrashy riffing alongside more melodic moments and soothing leads in a way that feels more fresh that one might expect. Guitar heroics tend to unify the experience, with songs like “Sever the Hand” and the title track bringing forward some of the best efforts – catchy, intricate, and anthemic in nature.

Trivium come back on their 8th effort with their strongest material to date in The Sin and the Sentence. In embracing who they are as a band over the last fifteen years, it seems they’ve finally crafted a sound that feels more like their own. Sure to please the fanbase, as well as bring back more of the hardened metal vets back into their fold.