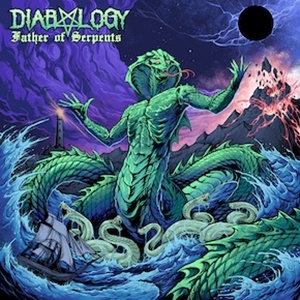 The teenage years usually shape our musical outlook going into adulthood. It’s often where passion for specific styles takes hold, connecting to our emotions on a deeper level, forging bonds that can last a lifetime. California quartet Diabology are a band of teenagers who met through the rock school circuit – creating a brand of thrash that pulls from old school meets modern influences, arriving at their second album with Father of Serpents. Hopeful that a little more seasoning pays dividends, this set of material should shed those early influence hallmarks while growing into their ideal sound – and it seems that expansive light to dark edges penetrate these ten tracks to push the band beyond a pure thrash tag.

The guitar mechanics from Tommy Lovato and vocalist Jesse Bergen circulate around punk, traditional, speed, and extreme lines, depending on the atmosphere, tempo, and needs of the arrangement on hand. An acoustic guitar introduction soon fades away into speedier/groove-induced riff volleys for “Eat Your Heart Out”, the main vocals also switching between a cleaner chorus and gruff growls while the blasting instrumental antics showcase unbridled energy. Potent, down-tuned riffs pulsate against the kinetic drumming of Matthew Morales during “Blackblood”, a mid-album highlight that contains the spirit of current Trivium plus Mastadon, the beefy bass lines of Dezzy Treu setting up the subsequent fierce aggression and subtle melodic hooks at play. The musical quality and contrasts keep ears pinned song to song – even with Jesse’s rapid-fire verses against the roars/growls for “Ode to Ogtha”, the band settling into some sinister pit-churning rhythms beyond the faster/doom sections part to part. The little details seem to have been worked on more to heighten deeper engagement – lead work matching the feel of the track, extreme/alternative voicing switching line to line, proper placement of clean guitars to build momentum, it’s all in there and more as the subsequent heavy passages crush the sonic terrain.

Is everything perfect for Diabology? Not quite – but the minor details can be developed as strengths as the band gets out there more for touring/festival appearances. Father of Serpents is an ideal head turner for those who don’t want straightforward thrash, appreciating the modern angst/influences to create something intriguing to bubble up from the underground. 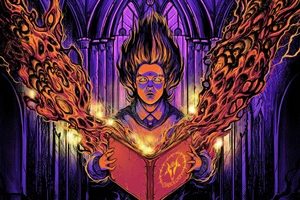