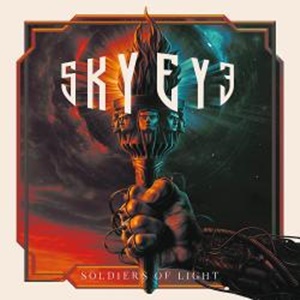 Turning tragedy into triumph with their debut album Digital God being pirated by an outside account on Bandcamp to gaining a new label deal for Reaper Entertainment on their second album Soldiers of Light, SkyEye mentioned in our earlier interview with them on this site the fact that this record would see the band stepping up in terms of technical and arrangement abilities further. Already making an ideal impression on the previous work, the multiple playbacks here for this ten-track, almost hour-long platter sustain the quintet’s promise, taking their melodic, heavy/power metal foundation and adding in more sophistication and attention to detail to keep deeper listener engagement throughout.

The obvious standout that sustains riveted ears due to his commanding talent and sharp vocal sensibilities is vocalist Jan Leščanec. Displaying a clear sense of proper English pronunciation, he’s able to rise to the occasion throughout the title track and the almost ten-minute epic Sabbath/Rainbow-esque “Brothers Under the Same Sun” in a way that would make Ronnie James Dio, Geoff Tate, and Bruce Dickinson beam as he captures the best of all three in their prime. Beyond this the quintet possesses potent players in all the musical positions. The bass playing takes a progressive nuance, developing a thicker, marching texture on the Jag Panzer-like “Son of God”, while the spirited, energetic guitars often elevate arrangements such as “Detonate” and the title track to arena-like fervor through tandem rhythm hooks and killer lead breaks. “The Arrival” and “In Saecula Saeculorum” give the listener additional shorter ambiance to set the stage for other songs – placed in such a way as to not disturb the flow and continuity of the record. The closing song “Chernobyl” is a mammoth offering – containing a music box/ whirling air strike sound effects and a calmer verse/acoustic start that transforms into a power/progressive metal rollercoaster that rivals the best epics from Iron Maiden, while also infusing a bit more cultural/folk-like charm in specific musical runs while telling the story of a notable world tragedy in vivid, vibrant detail.

SkyEye in just a few short years have made a strong impression by understanding the genre they play in, pushing boundaries for finesse and ability, creating a mix of songs that showcase a heavy metal meets power/progressive montage with care in all facets of performance and production. Soldiers of Light is a stellar effort that will be remembered beyond this year and into the hearts of metalheads for a lifetime. 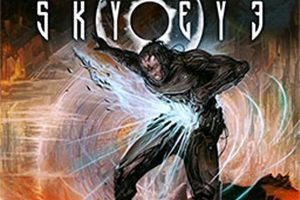