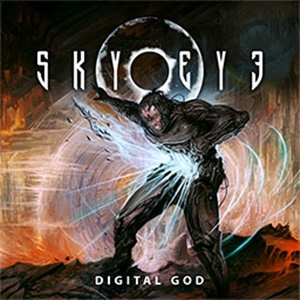 In the quest to be a global source for all your metal needs, SkyEye hails from Slovenia and has been developing their brand of heavy music since 2014. Previously issuing a debut EP in Run for Your Life last year, they’ve set their sights on a full-length follow up – which we have in the form of Digital God. Not privy to that earlier release, it’s unclear if the band enhanced or modified the EP’s output for the full-length, but there are seven new songs beyond the four previous ones (plus an intro… entitled “Intro”) to make for a solid representation of traditional heavy metal with a large emphasis on soaring melodies and streamlined yet potent musical hooks like many masters from the 80’s.

Tight progressive-like maneuvers and guitar/bass syncopation align with Iron Maiden certainly on the epic eight minute-plus “Jerusalem”, while the spacious, infectious riffing and clean, dotted edges to “Fire” seem to push SkyEye into Iron Savior territory if given a bit more of a modern approach. There’s an obvious ability as the record progresses that puts the quintet leagues above other starting bands – be it the thick wall of guitars, magnificent drum kit tones, and the stellar lead vocals that can transform the songwriting into that upper tier you just don’t experience at this level…well, rarely if ever. Evil doom twinges against a Priest-ish riff parade put “Confess Your Sins” near the top picks for headbanging frenzy, conjuring up a bit of Savatage atmosphere say during their Hall of the Mountain King prime. Even though there are three ‘epic’ arrangements of 8-10:30 minutes, the band also inject shorter anthems of a radio-friendly timeframe so as to not overwhelm listeners.

If Bruce Dickinson ever needed a doppelganger vocally down the road, he need look no further than Jan Leščanec to not only replicate his range but add a bit of his own clear confidence to the mix. He can be just as ear pleasing during the lower, sensitive verses and whispering necessary for “Tsunami” as he can belt out those heavenly air raid passages for “In the Name of SkyEye”. Kudos to the band for spending the time and money to attain a full, rich studio sound – the bass playing as prominent a role as the guitars and drums, necessary when you wish to pull off the little interplay nuances that keep the listeners attuned to every minor detail. Considering this is available at a ‘free/name your price’ spot on Bandcamp as of this writing, every metalhead would be foolish not to pick up on SkyEye at this point. The sky is literally the limit to the potential breakthrough this act could achieve if they keep up the high-quality output pouring from the speakers on this fine release. 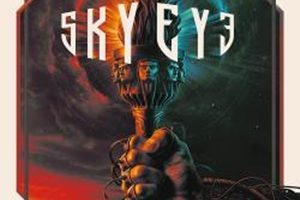