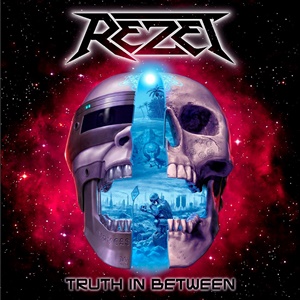 Evolving from their more straightforward thrash roots on early albums to a bit more melodic hard rock/NWOBHM influence on their last record Deal With It!, it’s only natural to expect Rezet to continue their diversity stamp for Truth in Between. In a genre where everything has pretty much been established and done, it’s important for artists to do their best to put new wrinkles or twists album to album to keep things fresh and interesting on a higher level. After numerous spins it’s obvious that you’ll get everything from speedy thrash to bluesy, semi-sleaze melodic hard rock-oriented offerings with that German/British touch on these thirteen cuts – although the results can be chaotic and not as satisfying as desired.

Recording the rhythm section parts on the floor live gives bassist Bjarne Otto and drummer Bastian Santen a livelier base for Rezet to build upon – energizing songs like “Half a Century” and the more straightforward “The Plague” for those who need that toe-tapping thunder. When the guitar play needs to take command, guitarists Ricky Wagner and Heiko Musolf unleash the right circular melodic riffs and team up for great counterpoint parts during highlight “Deceived by Paradise” or the Metallica-like crunch and addictive churn for the title track. You can hear a lot of LA hard rock-like commercial hooks within “Never Satisfied” and “Renegade” where influences from Guns N’ Roses or Winger come into focus – but the vocal capacity and delivery of Ricky Wagner takes these dynamic left turns a bit more off the cliff. His voice has that semi-whiny nature especially in higher ranges that defeats otherwise complimentary background vocal support from his bandmates, rendering songs like “I’m Not Gonna Stop” and blistering thrash closer “The Last Suffer” slightly weaker than they should be.

Gloomy topics over a mix of thrash, melodic hard rock, and power metal music – Rezet receive kudos for not subscribing to a stagnant, rinse and repeat formula. As solid as the musical components are, if the band can’t straighten out the vocal inconsistencies it will be tough for them to rise into that next level of headlining bigger clubs/theaters anytime soon. 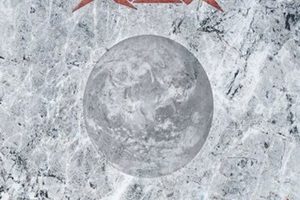