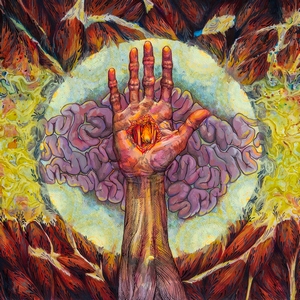 Going into a new Pyrrhon is always going to be a bit like running a marathon instead of a sprint. You can’t just run out and do it without the proper preparations and due time. As one of the more ambitious, creative, and just far-out type of bands around currently, there’s also a lot of patience involved. Pyrrhon have never created simple or easily digestible music (if anything, it’s gotten even tougher over the years), and Abscess Time sits as just as uncompromising, and ultimately rewarding, as anything they have done thus far.

Some may walk into Pyrrhon and immediately scoff at the angular, dense, and chaotic sense of the music. This is not meant to be your background music to have on in the background. It’s meant to challenge you and requires your full attention. And at one hour, you are going to come away a bit exhausted from Abscess Time. But with the marathon analogy already given, you’ll come to enjoy it as you continue to dig deeper into each level that the band has provided you within. There’s a certain unpredictable nature to the songs, and the band isn’t afraid to cut them short (the intricate and somewhat noisy “Overwinding”) or extend them as the song requires (the furious, chaotic, and playfully intricate “The Lean Years”). The band’s death/grind leanings are still quite present (see “Human Capital”) but it does feel like they have gone above and beyond to include an even larger wealth of influences. It’s something that will make the tracks pop a bit more after you’ve given them a few listens, and you can hear bits of jazz and noise (and many others) below the surface.

Pyrrhon are nothing if not an act that works to give your brain a total workout. Abscess Time sits as some of the most complex stuff that they have done to date, and it’s impressively chaotic. But it’s also some of the most rewarding stuff if you really sit with it and listen to what the music has to say.