With a billing of Castevet, Thantifaxath, Pyrrhon, and Artificial Brain, this was bound to be a night that any fans of forward-thinking extreme metal would leave the venue reduced to drooling and slobbering.  Three of these bands represent some of the best material that has been released so far in 2014, and Castevet’s Obsian was no slouch last year.  Upon getting to St. Vitus, it seemed clear that many like-minded fans had decided that this fantastic line-up was going to be worth the complete lack of sleep (especially for those of us that live outside of the NYC area) on a Monday night to catch this performance.

First up was Artificial Brain.  Vocalist Will Smith donned some sleek goggles and the stage was set for the band’s outerworldly death metal.  Filling in for guitarist Dan Gargiulo (currently on tour with Revocation) was Oleg Zalman, and he didn’t appear to miss a step.  In the altogether too short set, the band fired through some of their debut album’s best tracks, including an absolutely punishing rendition of “Absorbing Black Ignition.”  The drumming was particularly impressive to behold, alongside the presence of Smith.  If you are all about space (like Artificial Brain), you really should check out Labyrinth Constellation.

Next up was Pyrrhon, whose Mother of Virtues album has gained quite a bit of ground since reviewing it earlier this year.  In a league of their own soundwise, never hearing the band live before seemed like it could be questionable without the proper mix.  All doubts vanished as they jumped into “Balkanized” with incredible stage presence.  Not in a “work the crowd” kind of way, but just making it clear the band was giving it all they had throughout the set, which even included lengthier numbers like “White Flag” that were quite well received by the crowd.  They already have new material, which they shared as well.  It was common to see hands sliding up and down the bass and guitar frantically, and impressive to see how into the music the were while doing it.  Finally, vocalist Doug Moore’s onstage insanity was quite compelling, utilizing facial expressions, hand and full body gestures to really convey the crazy that the vocals allow for.  This is a band to catch in the live setting, do not squander the opportunity if you get the chance.

After the frenetic energy of Artificial Brain and Pyrrhon, it was time for the mysteriously cloaked Thantifaxath.  One of the strongest releases of 2014 so far, they had some ground to gain back after Pyrrhon’s fantastic set.  It did take some time to warm up to their more subtle tactics, but the band delivered the goods.  Firing off some tracks from Sacred White Noise, “Panic Becomes Despair” and “The Bright White Nothing at the End of the Tunnel” seemed their finest among the set.  Couldn’t help but feel a little bad for the band, particularly the drummer, with the sweat they must unload during a performance wearing those robes.  Their trippy take on black metal came across quite well, and given the mysterious nature of the band, they don’t seem like they do too many tours so it was a treat to witness them live.

Between Thantifaxath and Castevet’s set, I received a call from a distressed wife.  After dealing with a trip to the ER with my oldest son (who is 4 years old) for a dog bite and filling out paperwork several times over, she was admittedly frazzled.  With the phrase, “Happy wife, happy life” in mind, I decided I’d head home to give her some ease, unfortunately missing my golden opportunity to witness Castevet.  The throes of a metalhead with kids, you never know what is going to be around the next corner.  I’m sure Castevet played a great set, but I’m confident I’ll have the opportunity to see them at another point.  Nothing more metal than fatherly/husbandly duties right? 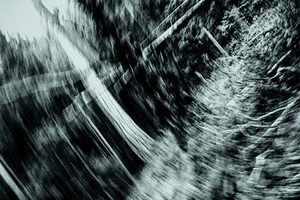 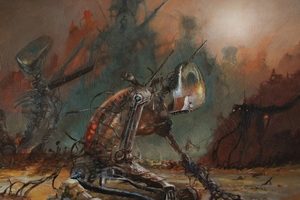