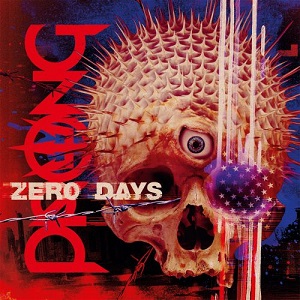 In an effort to make up for the long distance that previously accumulated between studio albums, Prong are cranking them out on an annual basis. This was somewhat the norm for bands in the ’70s and even for some in the ’80s…now, not so much. While some may call into question the quality, or subsequent lack thereof (last year’s X-No Absolutes was somewhat stale), main Prong man Tommy Victor should at least be commended for bucking the trend of veteran bands being afraid of releasing new music. Alas, Zero Days hums and zings exactly like you think it would.

Victor’s riffing style —arguably the template-setter for nu metal— remains identifiable via its ability to create groove and simplicity, all without dumbing down to the throes of the aforementioned nu metal. Opener “However it May End” is certifiably mosh-ready, with Victor throwing around crunchy bits with ease, while the brutal (dare we say) “Forced into Tolerance” emerges as the album’s peak moment, although it comes early in the running order. Similar moments of cagey-dude rage include “Self-Righteous Indignation” and “Rulers of the Collective,” which in a way, harkens back to the band’s commercial peak some 25 years ago.

The obvious misstep that is “Blood out of Stone” notwithstanding (it’s a near-pop metal take; possibly even swinging by early 2000s heavy rock territory), Zero Days strides along confidently, Victor and team not afraid to roll up their sleeves for a deep-seated groove or melodic chorus. It’s a time-honored approach that Prong was doing when supple staccato metal was just a glimmer in everyone’s eye. Zero Days maintains Prong’s edge, even as the band pumps out albums like an assembly line…