New York industrial metallers PRONG have posted the album artwork for their forthcoming Songs from the Black Hole covers album.

According to Victor, Songs From The Black Hole will feature the following tracks, among others: 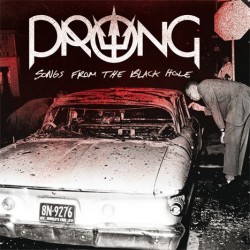