A lot of us who are of broad mind and in constant need of exploration have come to understand the influence of shoegaze and 80’s new wave on various sub-forms of black and Gothic metal. While it would be a bit of a waste to list all of the bands who have a soft spot for dreary synths, forlorn/absent vocals, and chiming guitars, it’s a primary influence on Lantlos, the avant-garde German black metal band who is guided by Markus Siegenhort. Wanting to do something 100% emblematic of that particular point in time, Siegenhort has created the most-excellent LowCityRain, whose self-titled debut is irresistible.

Minus session drums, Siegenhort handles everything here, and has accumulated synth patches and effects that are a direct replication of the 80’s. No real sign of dance music across the eight songs, with Siegenhort opting for a dark, transformative method with relaxed vocals (“I Don’t Know Myself”), as well as pining Goth moods (“Numb”). The clutch and impact of a lot of these cuts are quite instant, though, such as “Phantom,” which weaves like Pornography-era The Cure, while the urban echo of “Nightshift” and the pounding keyboards of “Vulnerable Now” make one think of donning a trench coat while trudging through autumn leaves, unsure of life in general. (Cue 80’s movie image.)

Sparing the hyperbole, as well as the regular connections to music that was prevalent three decades ago, LowCityRain has concocted one of the year’s most memorable albums simply through stellar songwriting. Again, not metal, but it’s part of our big ‘ole tree, so surely it’s something of immense value or we wouldn’t be harping so much. Highly recommended. 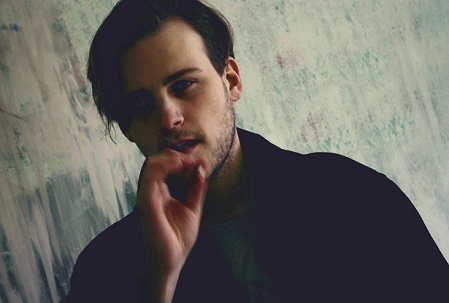