Ulver was the first black metal band to throw caution to the wind when it came to experimentation. Their once-volatile and primeval sound was fully evolved by the time 1998’s Themes from William Blake’s The Marriage of Heaven and Hell, as in, later-alligator to be anything of the “black” variety. It’s a move that didn’t go unnoticed at the time, and still resonates today, allowing fellow broad-minded outfits with the outlet to shed whatever restrictive subgenre tags may befall them. The most recent example is Germany’s Lantlôs, who have moved onto an entirely new, ethereal, and ultimately, grandiose plane with their fourth album, Melting Sun.

With Alcest vocalist Neige now fully out of the picture, vocals are left up to mainman Herbst, who has completely eliminated harsh vocals from the band’s sound. Those who (wisely) dove into the man’s 80’s new wave worship LowCityRain album last year will find immediate substance with the approach here – clean, forceful, yet oddly relaxed and impassioned vocals are Herbst’s method. And some of the harmony choices are golden, like on the gorgeous “Cherry Quartz,” the album’s clear-cut highlight, a song that regales in gleaming melodies and shimmering arrangements. In essence: No longer black metal; something far more majestic.

The out-of-the-box/water feel of excellent cuts such as opener “Azure Chimes” and graceful “Jade Fields” have a natural “post” feel to them, but virtually transcend any sort of finite trappings. Thus, Melting Sun turns into a thoroughly carefree listen, where Herbst’s clean vocals (keep ‘em coming), and delay-soaked riffs complete a package that reflects a band totally ready to move away from its previous stylings. And there’s some stiff competition – both 2010’s .neon, and 2012’s Agape are challenging, highly cerebral affairs, but, Melting Sun is a body of work that should be the breakout moment for Lantlôs. 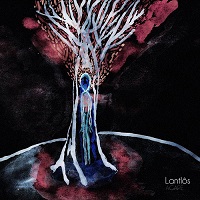 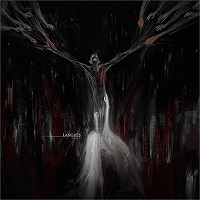