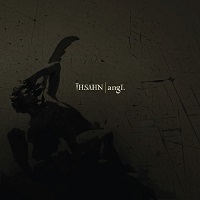 With both Emperor and Peccatum in the rear-view mirror, Ihsahn’s immense talent wingspan can now fully blanket the black metal and avant-garde metal realms. His first solo album, 2006’s The Adversary was a challenging, forward-thinking affair of proggy black metal; a minor obstacle-jumper considering the expectations. Now with a full album under his belt and the Emperor reunion now officially dead and gone, Ihsahn returns with the even more impressive angL.

Ihsahn’s flirtation with melody has been a common thread during his prior work, but it has never come to a head like it has here. Unabashedly poignant and striking melodies weave their way through album stalwarts “Emancipation,” “Alchemist” and epic album closer “Monolith,” with the first being a momentous departure from the man’s normally dissonant past. Even Opeth’s Mikeal Akerfeldt gets in on the act for “Unhealer,” where the Swede hunkers down with Ihsahn for a delicate, haunting number that accentuates Akerfeldt’s gentle clean vocals.

While on the subject of clean vocals, it is Ihsahn’s use of his clean register that emerges as the album’s second biggest surprise. His stated and eloquent clean vox shine brightly on “Elevator” and “Threnody,” a number that in its dream-like stance ranks as the album highlight. When combined with his imitable snarl, Ihsahn’s clean vocals emerge as the near-perfect blend of melodic restrain and folk talisman.

There’s plenty to go around here; Ishahn has created an album not only superior to its predecessor, but has emerged with an album that can and will take on all comers. An absolute aural delight, angL is as every bit as glorious as those notorious salvos from the Nightside and Anthems… albums.