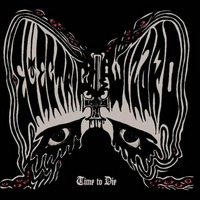 Old and new, tales of drama and internal band rage, Satan, hatred, drugs, and themes of ritual murder and much much more await within the long-gestating and much-awaited Time To Die. To ask if it challenges the band or looks to innovate where no innovation previously existed is to ask the wrong questions and instead one shoulder wonder, does it hit all the things expected of an Electric Wizard record? To this the answer is yes, a resounding yes with room to spare. A fertile mix of old and mammoth paces mixed with more reason thematic indulgences of the occult, Time To Die is, despite its girth, a surprisingly agile release.

Personnel drama during production and subsequent delays aside, the musical core within the album is exactly what you’d expect, giant walls of Sabbath-esque walls of guitar fuzz and lorded over by the nasal vocals of band centerpiece Jus Oborn. Opener “Incense For The Damned” initiates not only the concept that underscores the entire album but also is the foremost example of the mixtures of new and old sounds. Groove and mid-tempo sections give way to almost-droning waves of loud, driven by the occasional bit of guitar solo and, in the most blatant connector to recent albums, a lengthy bit of repetition of vocal themes above a sailing groove that carries the last third of the song.

Throughout, however, whether in alarmist initial-single “I Am Nothing” and its glacial-paced melt or scorchers like “Funeral of Your Mind” and especially short-cut “SadioWitch”, the fire of the band is alive and even virulent, vivid behind the haze-laden walls. Anger, rather than sorrow, is the essence that is weaved throughout these 9 tracks, whether beneath the crush of successive riff-sections or riding on the layers of organ that give “Lucifer’s Slaves” its pernicious feel (that and the song grooves like mad). The album isn’t built on variety per se, but as mentioned previously it does embody a number of different eras from across the whole of the now 20+ year life of the band.

If you’re looking to get fucked up and worship Satan while you do it, Time To Die has you covered. A notable step up from 2010’s Black Masses and the most consistent the band has been in some time.