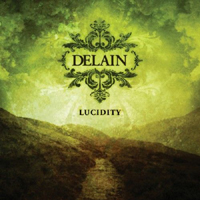 Veritable big wheels on the commercial metal scene in their homeland of the Netherlands, Delain is gradually making inroads in North America, with the reissue of their 2006 debut Lucidity following up last year’s well-received April Rain. Having an absolute bombshell of a lead singer in the form of Charlotte Wessels helps (she’s hot, but not too hot, if you catch our drift), as does the very capable songwriting skills of keyboardist/founding member Martijn Westerholt (ex-Within Temptation). This results in a well-played, to-the-vest offering with a handful of airy, symphonic-and-we-know-it numbers that resonate quite well, even by today’s standards.

With a gathering of who’s-who in the symphonic metal scene aboard, Luciditythrives on the big orchestral front that like-minded bands Nightwish and Within Temptation have made a living in. Case in point, the swooning “Frozen” (which was a hit single) as well as the soft, tender “See Me In Shadow” (yep, the same). Wessels is hardly a remarkable singer, but she belts out a good hook when she sees one. Joining her on “No Compliance” is the always-shrill Sharon den Adel (Within Temptation), as well as Leaves’ Eyes Liv Kristine on “A Day For Ghosts.” For the prerequisite male vocals, Nightwish’s Marco Hielta lends his considerable skills to “Sever” and “The Gathering,” amongst others. Extras include four bonus tracks, most notably acoustic renditions of “Frozen” and “See Me In Shadow.”

It’s quite easy to get these female-fronted symphonic metal bands mixed up, yet Delain manages to stay memorable in spite of how textbook their sound is. It’s a virtual composite of all the well-known bands of this style rolled into one (mainly Tarja-era Nightwish), but you can’t argue or run away from strong songs, big hooks, and a charismatic lead singer. There’s a perfectly good reason why Lucidity was a hit on European shores and while that won’t happen here, it should further pad the band’s growing reputation amongst us Yankees.