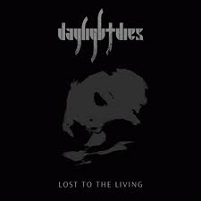 The missing link between the vaunted classic-era Katatonia sound and modern, morose dark metal, North Carolina’s Daylight Dies are now the full-blown torchbearers of all things doom and gloom. There is plenty of moods to go around, but make no mistake – DD are their at emotive and heavy peak with Lost To the Living an album that topples the towering Dismantling Devotion.

Indeed it was with Dismantling Devotion where Daylight Dies hit their stride. As opposed to the very Katatonia-esque and oft-scattershot Idle, Dismantling’sunsettling array of poignant melodies and blunt force rhythms proved that Daylight Dies were about to embark on some unchartered territory.

Lost To the Living retains many of the same characteristics, but as songs like “Cathedral” and lead single “Dressed In White” prove, it’s that DD refuse for any sort of comfort to set in. Just when a soothing, caressing melody moves in (see the tail-end of “Cathedral”), it’s when the band pulls the collective rug out for a dissonant, almost harrowing section.

Furthermore, the band’s growth is more evident during the gentle “Woke Up Lost,” where singer Nathan Ellis doles out a steady stream of hushed clean

vocals that would tempt someone like, an Akerfeldt. Along those lines is the dreamy “Last Alone” a number that wanders into terrorities new for the band, especially those crisp, clean guitar leads which recall that of The Cure in their prime.

As evidenced by their recent opening run with Candlemass and as far back at their 2006 tour with Katatonia, Daylight Dies are very much capable of pulling layered, multi-faceted material live. In fact, so strong is the new tunes in the live arena, it will prompt one to head back to Lost To the Living again and again, just to be sucked in by DD’s intoxicating aura. 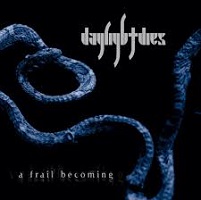