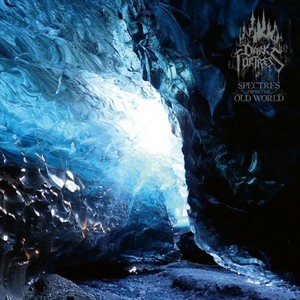 Since the turn of the century, Dark Fortress has been putting their stamp on the melodic black metal quadrant. They’ve evolved over the years, and with a pretty steady release rate, they’ve managed to capture more of a name for themselves (in addition to band members being involved in acts like Noneuclid and Alkaloid). Despite a long, six year absence, the band is back for volume 8 and feels just as strong as ever.

Despite a runtime that goes for almost an hour, Dark Fortress keep it successful because they do try to go in a number of different routes over the course of the album. While this may be to the chagrin of some, there’s no denying that the band have a knack for increasing the diversity factor, while mostly maintaining the melodic black metal vibe about them. While “Coalescence” does kick off the fireworks with a ton of blastbeats and tremolo-picked riffing with fervor, it also doesn’t take too long for the band to indulge into a pleasantly melodic lead. From there, the jumps are a bit more noticeable, such as the somewhat grooving feel to “The Spider in the Web” that later dips into a more subdued, clean guitar segment. “Isa” also plays a bit more with mid-tempo riffing and dreary atmosphere (almost doomy), with only Morean’s rasps really locking it into more blackened territory. “Pulling at Strings” has a blastbeat-driven urgency to it, but it also carries some strong clean vocals that deliver some of the album’s most effective hooks. With all of these factors, the band keeps you on your toes for the duration – making you eager to hear what’s waiting around the next bend – be it a dizzying solo, gloomy riff, catchy melody, or haunting vocal line.

Spectres from the Old World is a solid return from Dark Fortress. They’ve continued to nurture their own flavor of black metal, and stand as captivating as they have been in the past. For those who seek something willing to skirt some of the black metal traditions, but not completely overstep into something else, this is a great starting point.