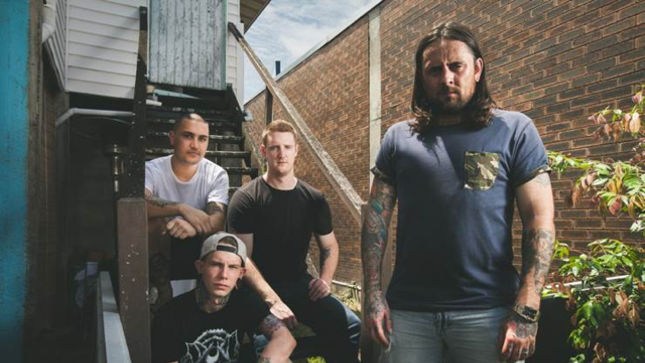 Produced and mixed by Will Putney (Suicide Silence, Exhumed, The Acacia Strain), Holy War is the band’s second release for Nuclear Blast Entertainment. It will be available in various formats (digital; limited digipak + bonus track; assorted colour vinyl; exclusive mail-order picture disc) and unleashed in North America on June 30th, in Europe and Australia on June 26th, and in the UK on June 29th.

THY ART IS MURDER guitarist Andrew Marsh recently explained the origins of the new album and its title: “Finally the cat is out of the bag! Late last year, we entered the studio in secret to create our follow up to Hate, free of expectation and public pressure. What we came out with was a reaction to things going on around the world that crawl under our skin, that make us feel sick to be alive. Musically it is darker, faster and more technical than anything we’ve done in the past and it hits hard lyrically. We wrote about concerns of ours, real issues, hardships that people are facing around the world today. Of course it wouldn’t be a THY ART record if a lot of those affairs weren’t rooted in religion somehow, and what better way to sum up the state of all things than by entitling our album – Holy War. This is our war on racism, homophobia, child abuse, animal cruelty and all evil born of religious immunity, indoctrination, and ignorance. It is ultimately a push for secularism and humanism. Without it, we will be left in the hands of mad men.” 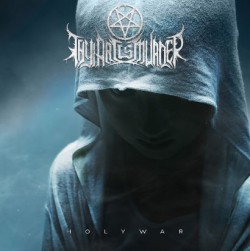