Phoenix, Arizona-based instrumental duo TEMPEL are currently streaming “Rising From the Abyss,” a song from their forthcoming debut album, On The Steps Of The Temple via the Soundcloud widget below. The album will be released on CD, limited-edition vinyl and digitally January 21st.

The CD and LP – the first pressing of which is limited to just 250 copies – can now be pre-ordered at this location for just $8 and $15, respectively; a Bandcamp pre-order is also available, where you can receive an instant download of the song “Mountain.” 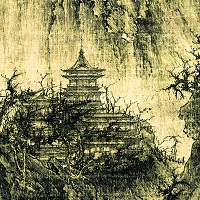