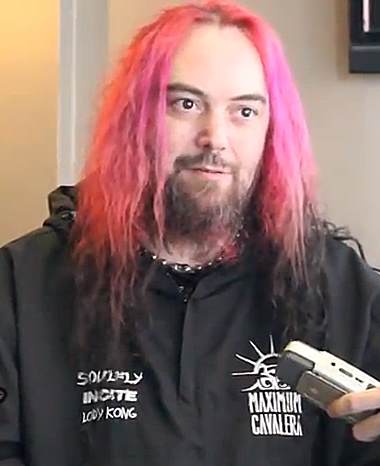 SOULFLY has tapped Terry Date (PANTERA, SOUNDGARDEN, DEFTONES) to produce the band’s next studio album, tentatively due before the end of the year via an as-yet-undetermined record label.

SOULFLY’s forthcoming album will the follow-up to last year’s “Enslaved”, which found the band’s mainman, Max Cavalera, getting in touch with his most extreme tastes.

“[‘Enslaved’] is definitely influenced by deathcore, death metal, and everything from old bands I listened to [like] ENTOMBED, NAPALM DEATH, CARCASS, to new bands like I DECLARE WAR, MOLOTOV SOLUTION, IMPENDING DOOM . . . Because I like a lot of these new bands, too,” Max tells the Phoenix New Times.

In addition, Cavalera is working on his autobiography called “A Boy From Brazil”, for release later this year. The book is being written by British rock author Joel McIver, whose 20 books to date include “Justice for All: The Truth About Metallica”, “Crazy Train: The High Life And Tragic Death Of Randy Rhoads” and “Glenn Hughes: The Autobiography”. The book’s foreword will be written by Dave Grohl (FOO FIGHTERS, ex-NIRVANA).

Although Max will not have time to release a new album from his CAVALERA CONSPIRACY project — which also features his brother, drummer Igor Cavalera — this year, there’s tentative talk of doing a dubstep/reggae/EDM remix record of CAVALERA CONSPIRACY songs, an idea Igor is especially keen on.

CAVALERA CONSPIRACY’s sophomore album, 2011’s “Blunt Force Trauma”, sold around 5,000 copies in the United States in its first week of release to land at position No. 122 on The Billboard 200 chart. The band’s debut CD, “Inflikted”, opened with 9,000 units to enter the chart at No. 72.