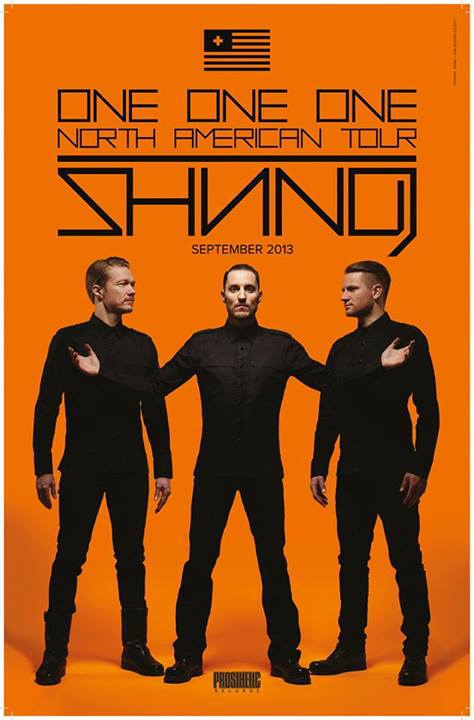 The Norwegian jazz-metal outfit SHINING (not to be confused with the Swedish incarnation) have announced a fall U.S. tour in support of their new album, One One One, which was released this spring via Prosthetic Records.

Comments frontman Jørgen Munkeby: “‘It’s about f**king time we come over to the States’ has become quite a mantra for me in the last few years. So after a while of fooling around with a bunch of different support tour options, we just decided to grab the bull by its horns and book our own headliner tour! It’s going to be some crazy nights of pounding Blackjazz energy you don’t want to miss!”