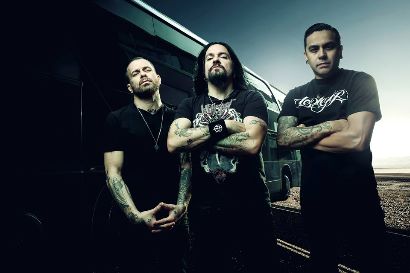 PRONG’s tenth album, Ruining Lives, is out now in Europe, and will be released in North America on May 13th. The band, which is currently comprised of Tommy Victor on vocals and guitar, Jason Christopher on bass, and Art Cruz on drums, is “Happy to announce the first batch of dates in the US and Canada. Some of them with OVERKILL, some of them headlining – something for everyone. See you out there.”