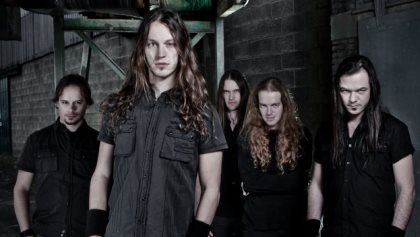 NIGHTWISH/REVAMP vocalist Floor Jansen is confirmed to provide guest vocals on MAYAN’s sophomore album. The concept for the album is based on “the current state of the world which is going totally insane,” according to a press release. “For example the explosive situation in Syria, governments who constantly accusing each other of lying, spying and using tricks to revoke their own population.”

Says Mark Jansen: “I am very happy with the songs.

“The first album was one big (cool!) experiment, but I have the feeling that the new material is more coherent and in balance.

“The philosophy of MAYAN is to let things happen intuitively and be totally open-minded for each other’s ideas. This resulted in music that I can’t stop listening to myself!”