Multinational power metallers EDEN’S CURSE have posted the cover art and track listing for their forthcoming fourth album, Symphonies of Sin, which will be released October 4th via AFM Records.

A single and promotional video for the song “Evil & Divine” will arrive on September 12. The clip was shot on location at the famous St. Andrews in the Square location in Glasgow under the direction of Ryan Priddy and his team at Independent Element. 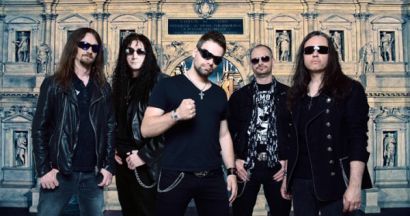 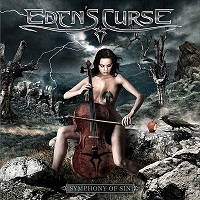