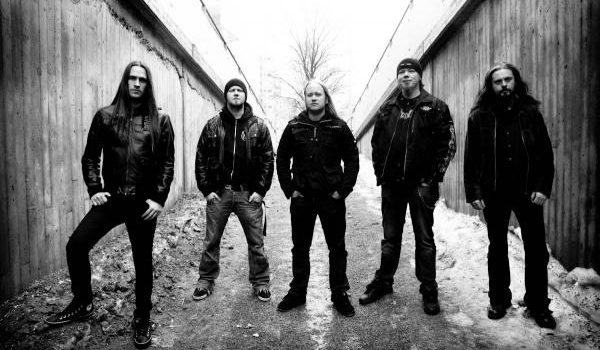 The remaining full month of the summer brought forth the usual array of must-hear releases (all scheduled to drop in the fall, mind you) along with a spate of questionable and/or mediocre efforts. This is par for the course in metal, but per the usual, this month’s installment of Rapid Fires shows how deep a bench metal has. Up for quick debate this month is Crafteon, Crypt Seeker, Eden’s Curse, High Spirits, Lyra, Magenta Harvest (pictured above), Mordatorium, Muert, Power Theory, Protosequence, Rebel Wizard, Samsara Circle, Scardust, Scarlet Aura, and The White Swan. 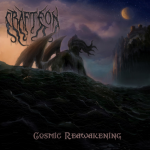 Crafteon – Cosmic Reawakening (Self-Released)
A hereby literal, if not entirely welcome interpretation of black metal, straight from the Rocky Mountains, Crafteon take cues from all the right places, mostly notably Dissection, Ancient and early Nagflar. And yeah, there’s certainly a lot of cross-breeding there, especially with Dissection and Naglfar, but on the band’s Cosmic Reawakening debut, Crafteon string together eight songs stocked with climatic melodies (“What the Moon Brings” in particular) and the right amount of atmosphere. To further add to the band’s (black) cauldron, Cosmic Reawakening is self-released and knocks the socks off a lot of black metal that labels are ramming down our throats. Quality stuff. – David E. Gehlke (Crafteon Facebook) 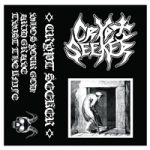 Crypt Seeker – Demo (Self-Released)
Nothing like a quick hitting three-song demo from Cincinnati, Ohio to start the heavy metal juices flowing. Crypt Seeker are a three-piece act, performing in a NWOBHM manner, delivering raw, energetic riffs, straight forward tempos, plus rough and street ready vocals. “Who’s Your God?” and “Twist the Knife” possess that Motörhead charm, while “Arid Grave” contains a bit more sophistication guitar-wise that gives the band an added gallop to the proceedings. Primal production aids that old school flavor, and no song goes over three-minutes, insuring maximum impact and return engagements. There’s a reason why US metal is on the comeback, Crypt Seeker one of those bands aiming to stake their territory and they are off to a good start. – Matt Coe (Crypt Seeker on Bandcamp) 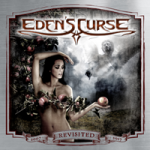 Eden’s Curse- Revisited (AFM Records)
On the 10-year anniversary of their debut self-titled album, Eden’s Curse acquiesce to fan requests by re-recording that record for Revisited with the current lineup. A marriage of European melodic hard rock with American metal inflections, songs like “Judgement Day” and “After the Love Is Gone” bring you back to a late 80’s feel, strong harmony guitars and catchy choruses hallmarks of the band’s Pink Cream 69 meets Queensryche/Dokken-oriented sound. Anthems to power ballads, this runs the gamut- also including a 2014 live concert DVD from Glasgow as a bonus. Melodic metal may not be huge in North America, but we all know pockets of people who will clap their hands and sing-a-long to this material just fine. – Matt Coe (Eden’s Curse official website) 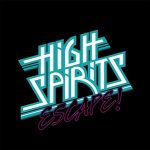 High Spirits – Escape (Self-Released)
Tiding people over until the next full-length, Chris Black felt the desire to promote his upcoming European tour for High Spirits with a fresh four-song Escape EP. Those needing a refresh course on what to expect, this is good time high energy hard rock with twin guitar harmonies, sing-a-long unison choruses, and a strong NWOBHM veneer. The title cut keeps the up-tempo proceedings front and center, while “Stagefright” has more of that heads down Priest/Accept vibe. The closer “Lonely Nights” possesses a distant, almost calmer atmosphere – the chords ringing out during the verses as Chris’ soulful melodies sink deep into the night sky. Along with Night Demon, a shining example of why old school heavy metal still has plenty left in the tank creatively, in the hands of these artists. – Matt Coe (High Spirits on Facebook) 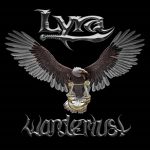 Lyra – Wanderlust (Self-Released)
A southern CT act who have been through significant lineup changes (female vocals replaced by male singing/growling), Lyra return with their Wanderlust EP. These 3 songs contain plenty of majestic melodies and significant symphonic/melodic death metal textures, the layers of keyboards and guitars bringing about epic/cultural harmonies with equally magnificent vocals to match the proceedings. Keyboardist Mark Bellofatto projects his dual clean/growl propensities in professional fashion, shifting seamlessly verse to verse when called for on “Fiction Erased”. Rare to hear a band convey the totality of Wintersun, Dark Tranquillity, Orden Ogan, and Symphony X in terms of their musical outlook, tempo changes, and atmosphere, but the band achieves this and ventures even further down the line. Let’s hear more, please- and soon. – Matt Coe (Lyra on Facebook) 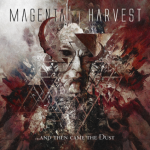 Magenta Harvest – … And Then Came the Dust (Apostasy)
The participation of Finntroll singer Mathias Lillmåns should be enough to get Magenta Harvest some attention. Originally formed in 2005, the band (who also features current and former members of …And Oceans, MyGrain, and Tomb of Finland), released their Volatile Waters debut in 2014, with …And Then Came the Dust following suit three years later. Playing a brand of straightforward, largely no-frills, heads-down death metal, Magenta Harvest ably get by with brute, neck-snappers like “When Your World Turns to Glass” and the blast-infused “Signs of Death.” – David E. Gehlke (Magenta Harvest Facebook) 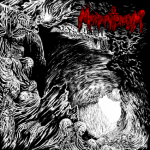 Mordatorium – Obsessed with Death (Self-Released)
It’s noted in Mordatorium’s album bio that the band used to have melodic tendencies in their sound. For a death metal band, this is of interest because they tend to operate the other way around: start brutal, then go melodic. For Chicago bashers Mordatorium, heading directly into old-school territory reaps rewards on Obsessed with Death. Paying little attention to perfection or things like staying on the meter, Obsessed with Death revels in the vintage action of Autopsy, Bolt Thrower and early Death, a band who if Mordatorium had it their way, would have never progressed beyond Lepropsy. – David E. Gehlke (Mordatorium Facebook) 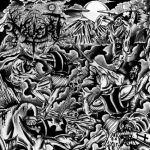 Muert – Ye Canariae Abezan (Hammerheart)
Tenerife, Spain, technically got on the metal map via Helloween when two of its members (Andi Deris and Michael Weikath) moved there from Germany. While it’s still not considered the band’s homebase, the two have name-dropped the locale enough to the point where you’d think it was. Nevertheless, Muert offer to become Tenerife’s leading extreme metal export, doling out a rather diabolical brand of death metal on Ye Canariae Abezan. With songs that are equal rage-a-thons and blind races to the death, Muert show that things aren’t always so sunny and picturesque in their homeland. – David E. Gehlke (Muert Facebook) 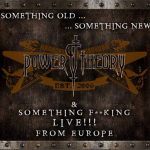 Power Theory – Something Old, Something New, Something F**king Live!!! From Europe (Pure Steel Records)
A stop gap release while the band works on their fourth studio record, Power Theory gives the heavy/power metal maniacs one new song, two reworked older tracks, and two live ones. “Brace For Impact” features an opening drum sequence that Scott Travis would beam at, a solid guitar hook plus the upper register strength of Jeff Rose on vocals. The two older songs come from 2012’s An Axe to Grind, the current lineup giving the material added grit and finesse. It’s obvious Europe loves this group, and why wouldn’t they considering their Iced Earth, Metal Church, and Jag Panzer-like similarities. Quality stuff for the denim and leather brigade. – Matt Coe (Power Theory on Facebook) 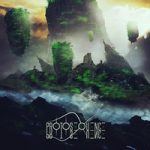 Protosequence – Biophagous (Self-Released)
Attempting to pick up some momentum after last year’s Schizophrene, Canadian act Protosequence are back with a new EP entitled Biophagous. They take the more modern end of the death metal spectrum, complete with some technical and atmospheric qualities, and combine it with a more deathcore-ish/djent approach. So it’s overwhelmingly modern, but not at all a bad thing. The focus is more on musicianship (see the gorgeous “Shepard”) than blunt trauma, and the melodies happen to standout more than not. It can be frantic, but it can also soothe in the right moments. Bound to continue gaining momentum with material this strong within a short timeframe. – Kyle McGinn (Protosequence on Facebook) 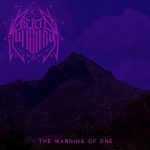 Rebel Wizard – The Warning of One EP (Prosthetic)
Make no mistake, there’s something inherently cool about being an isolated, one-man band playing “negative metal.” Then again, someone, somewhere along the lines needs to start thinking about production values. Rebel Wizard’s 2016 album Triumph of Gloom saw worldwide release via Prosthetic, introducing NKSV’s stylings to a new audience. Essentially a NWOBHM band acting as if it were black metal, the same applies to The Warning of One EP. While NKSV’s guitar skills are highly commendable (lots of dueling solos, twin leads), the use of a drum machine and grainy production threatens to sidetrack the whole thing. – David E. Gehlke (Rebel Wizard Facebook) 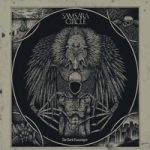 Samsara Circle – The Dark Passenger (Self-Released)
Samsara Circle enter the ring for their first full-length with The Dark Passenger. Modern melodic thrash with some sprinklings of metalcore is the name of the game here, with the band seeming to prefer the mid-tempo stomping ground above all else. Some catchy melodies, mostly in the choruses (sung no less) as well as some strong leadwork leads the way for the band. The guitarwork in particular is well-structured and helps lift the band up a little bit, even though no one is going to be touting them as the next big thing just yet. But it’s competent modern thrash if you are in the market for something along those lines. – Kyle McGinn (Samsara Circle on Facebook) 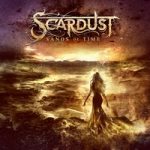 Scardust – Sands of Time (Self-Released)
You can tell a band is going to be on the ambitious end when they start off their debut album with a 5-part song that lands at around 25-minutes. Such is Sands of Time though – a fiendishly technical progressive metal album that never loses sight of its purpose. Symphonic, bombastic, and all-out proggy material set the stage for the album, which never takes the progressive elements too far into the self-indulgent but always allow them to standout. It’s actually a pretty well-rounded package when you consider the components. Strong vocals from Noa Gruman (“Arrowhead” is a real gem), excellent rolling bass, some rock-solid drumming. It’s all here and ripe for the taking. A must for prog or symphonic fans. – Kyle McGinn (Scardust on Facebook) 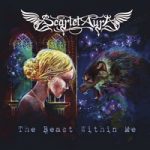 Scarlet Aura – The Beast Within Me (Outlanders Productions)
Serving as kind of a sneak peek of the band’s upcoming covers album, Memories, The Beast Within Me brings forth a new song and two covers in this single. The new track, “The Beast Within Me,” keeps the symphonic metal/rock palette mostly in check, but admirably tries to go a bit heavier with harsh vocals in addition to Aura’s clean presence. Some straight-forward heaviness to the riffs allow the vocals to feel more compatible, and while it’s not entirely original, it’s done well. Covers of “Don’t Talk to Strangers” and “If I Close My Eyes Forever” round things out. They don’t stray too far from the originals, but still work nonetheless. – Kyle McGinn (Scarlet Aura official website) 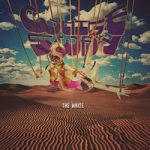 The White Swan – The White (Self-Released)
An interesting take on ’70s-inspired fuzzy doom crossed with an almost ’90s-esque grunge feel, complete with plenty of metallic bite. The White Swan is an up-and-coming act with Kittie’s Mercedes Lander on the vocal front. The gritty and abrasive guitar sound is almost hypnotic in tone, despite being thick enough to work as cement. Lander’s clean vocal approach gives the material contrast and an ethereal quality. Something that meshes nicely with the aforementioned buzzing of the guitars. Crawling and sludgy material like this doesn’t often sound this dreamy at times. Given the doom hubbub still kicking around, The White Swan’s rise through the ranks is almost inevitable. – Kyle McGinn (The White Swan on Facebook)