When I was given the opportunity to write this column for Dead Rhetoric I basically knew how things would go. I’ve written these types of columns before. Typically you select three bands and write a paragraph about each one, trying to sell the reader on as to why said bands are worth their investigation. There is nothing wrong with that format, and it’s one I have used in times past, but I’ve also found it difficult to convey everything that needs to be said in one simple paragraph. So if everyone will indulge me, I will devote all my allotted space to one band that I think deserves everyone’s attention. The band that I would like to introduce everyone to offers up a very progressive style that combines elements of atmospheric black and folk metal. What is even more impressive is that all the instruments are played by one man. That man’s name is Austin L. Lunn, and the band I am listening to is Kentucky’s own Panopticon.

While this blending of black metal with its folk and bluegrass overtones may seem strange to some. The two genres are not really all that different once you toss out the sonic differences and the way the end products are both packaged. Although I would be remiss if I didn’t point out Panopticon’s music owes more to the environment and more socially conscious themes as opposed to songs centered on a mythological lord of the underworld. This fact alone is something I find extremely refreshing and it’s what separates Panopticon from the usual black metal horde. Stylistically at their base both genres typically deal with trial, suffering, hell and supernatural tales of meeting one’s maker amidst extreme landscapes; their only true difference being the opposite paths taken to arrive at their eventual destinations. Chances are if you see a visual image of Old Scratch with a musical instrument it’s probably a fiddle or a banjo. No other instruments can convey a tale of woe, or conjure up visuals that are as haunting in their delivery as a fiddle or banjo can. I have come to this conclusion through my own experience. If one listens to my band Dogbane they would never guess my first introduction to music comes from “mountain” music… but it does. My grandfather played this style of music here in the Uwharrie Mountains of North Carolina. My uncles still do. The influence is even stronger on my mother’s side of the family. My mother was raised in the Muscle Shoals area of Alabama. Her cousins Ralph, Glendon, Kenneth, and Guy Davis were all house musicians at the Grand Ole Opry, and the summers of my youth were spent going around to most of the fiddler’s conventions throughout northern Alabama and southern Tennessee. I know this style of music and I know it well. So does Panopticon and the first thing that came to mind after hearing the music was “this is brilliant” followed by what could only be characterized as slight jealousy, as I thought “damn I wish I’d have come up with this”.

My introduction to Panopticon was 2014’s Roads to the North. What really surprised me about the album was how listenable it was in spite of everything that is going on. The album begins in typical black metal fashion, but switches gears at the drop of a hat. The transitions are so seamless it leaves one in awe. The musicianship is top notch and Mr. Lunn should be credited for being able to guide the listener through a web of styles that at first thought one would tend to think should not mesh together. My favorite tracks are the very somber “Where Mountains Pierce the Sky” and “Norwegian Nights” with its pummeling transition into “In Silence”. I also love the winding back road Appalachian folk swagger of “The Long Road Part 1: One Last Fire” and the very progressive elements of ‘The Long Road Part 2: Capricious Miles”. In all honesty the entire album is a whirlwind of beauty and brutality that amazes me in its diversity and coherence.

After being indoctrinated by Roads to the North I had to backtrack and find more. I was shocked by the depth of the band’s catalog and I would encourage all of you to do your own investigating. I followed up by listening to 2012’s Kentucky. The album deals with the plight of America’s rural coal miners. Mainly their squalid living conditions, fight for fair treatment and livable wages, corporate injustice and the damage done to the Earth. My hat is off to Mr. Lunn for shining a light into this dark corner of American history. One can almost feel the hardship while listening to “Come All Ye Coal Miners” and “Which Side Are You On?” I too know of this hardship, not from the mines themselves or personal experience, but through many friends and neighbors that fled West Virginia and Kentucky. Their families had moved to North Carolina and Tennessee where I grew up searching for work and a better life. I realize these topics are not “black metal” and may even be laughed at by “true” black metal fans. In any case it would be their loss, but to those who maintain an open mind and wish to hear something new and refreshing in a genre that could stand some new life Panopticon will not disappoint. Furthermore the news only gets better as Panopticon will release Autumn Eternal later this year, and I for one cannot wait.

Dogbane’s latest release, When Karma Comes Calling is currently available now through Heaven and Hell Records. Check it out on the Bandcamp widget below. 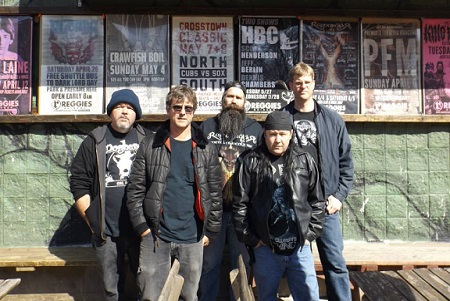 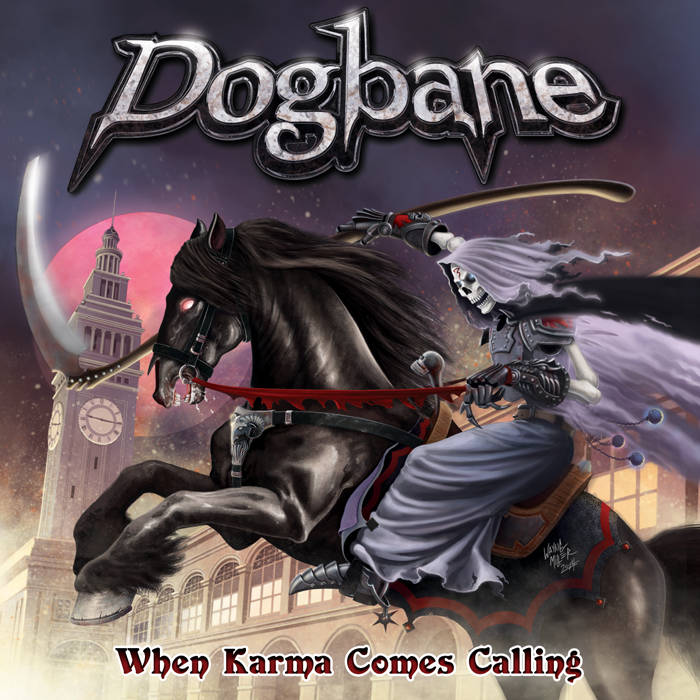