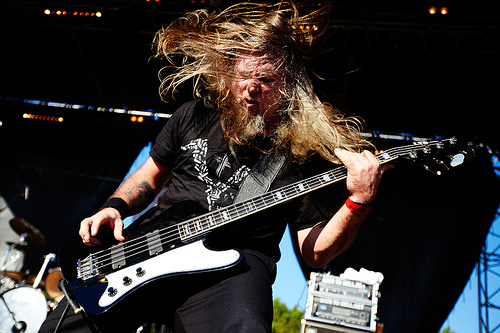 Bassist Patrick Bruders has officially resigned as CROWBAR’s bass player. A replacement bassist has not yet been announced.

Said CROWBAR guitarist/vocalist Kirk Windstein: “I’m more hurt than anyone about Pat leaving CROWBAR, but keep in mind that there were years that I was the only member in CROWBAR.”

It is not presently clear if Bruders’ departure from CROWBAR will affect his position with DOWN, a band that also features Windstein on guitar.

CROWBAR’s most recent album, Sever the Wicked Hand was released in 2011.