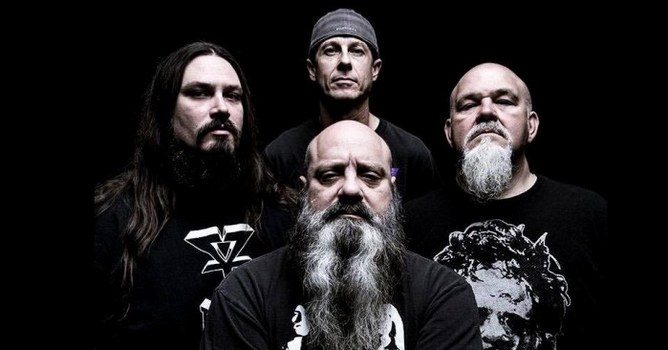 Consistently bludgeoning their core followers with a sound that can only be Crowbar, the legions came out to pay homage to the quartet that they’ve held near and dear to their hearts since the early 1990’s. Preparing for a series of dates with Hatebreed, the band would play some headlining shows including this one at Alchemy, a newer Providence, RI night club located on the second floor of the same building as an older institution in that local scene Club Babyhead (albeit that was on the first floor). The venue which holds 260 at capacity has wonderful sight lines, an area with a pool table and some video games, plus adequate spacing for bands to keep their equipment out of the way of the patrons. And the sound was very clear, crisp, and crunchy – just as the metal fans had hoped for.

Three New England local openers started off the proceedings with 30 to 40-minute sets. New Idol started off the night with their brand of alternative/ stoner metal with definite screaming propensities (the singer had a bit of much missed locals Shed in his delivery). It wasn’t bad, but they need to spend a little more time crafting distinctive hooks/riffs as it felt like one long song rather than a set of different tracks. Black Acid Prophecy on the other hand won me over quickly, as their six-song set possessed the right finesse, girth, and groove to bring about thoughts of old Black Sabbath, Crowbar, and even classic Winter in spots. Appreciated the Randy Rhoads-style V-shaped axe as well from one of the guitarists. GOZU from Boston drew the next slot, and it’s clear that they are going places. Unique in their mixture of doom, classic hard rock, stoner, and metal influences – it’s quite apparent that audiences can instantly shake, swing, and groove to this material even without hearing it in advance. Between Doug Sherman’s eclectic faces and entertaining riffing/lead breaks and the soulful, almost Southern rock meets Glenn Danzig vocals from guitarist Marc Gaffney you can easily hear why they are a buzz bin worthy attraction. Airing material from their forthcoming Blacklight Media/Metal Blade debut Equilibrium, the future looks very bright for these gentlemen.

And then there is Crowbar. With long-time bassist Todd Strange back in the fold, plus guitarist Matt Brunson and drummer Tommy Buckley no slouches either on their respective instruments, it gives vocalist/guitarist Kirk Windstein all the proper tools to just level the listeners with track after track of heaviness. They’ve carved their own niche – which is never easy to do in any genre, let alone metal. The fanbase at this point has everyone from blue collar workers to stoners, metalheads to hardcore people, and everyone in between or on the fringes.

The 70-minute set contained so many classics from “All I Had (I Gave)” to “Like Broken Glass” as well as a couple of newer tracks from their last studio album The Serpent Only Lies such as “Plasmic and Pure” and “I Am the Storm”. Kirk embraces the spirit of the music, dedicating songs to his tour manager wife Robin, upcoming tourmates Hatebreed with Jamey Jasta, as well as deservedly giving credit from the stage to the venue, staff, and opening bands for putting on an overall thrilling, entertaining evening. We had the occasional pit, the one stage dive, and an audience of nearly 200 joining in unison to these tracks that have served as catharsis for the daily toil and turmoil we all go through. Personal favorites included “Walk with Knowledge Wisely”, opener “Conquering”, and early favorite “Existence Is Punishment”.

Perseverance pays off. Crowbar continue to deliver this deep into their career, both in the studio and on the stage. Embrace the magic if they hit your city or town soon. 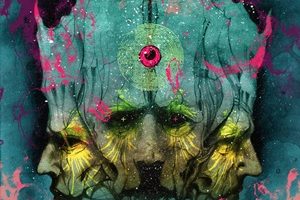