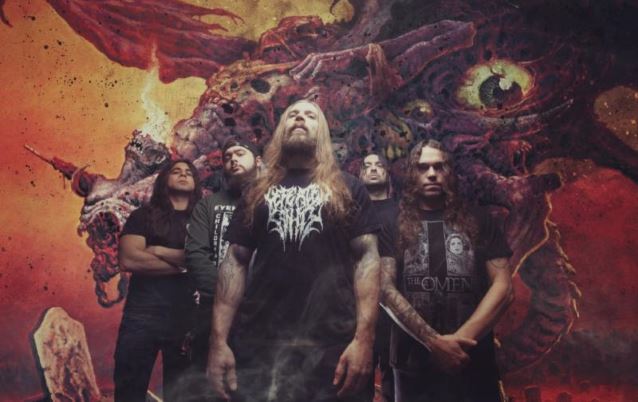 Says BROKEN HOPE guitarist Jeremy Wagner: “I’m far beyond delighted with our new members — Diego and Matt. Both of these guys are old friends of mine, and both are amazing musicians of the highest order. Diego’s history with extreme death metallers DISGORGE and Matt’s contributions to CHIMAIRA bring a new level of professionalism and brutality to BROKEN HOPE. Moreover, Diego and Matt possess a true love for death metal and grind. Their passion for extreme metal was something their predecessors lacked, and it’s a most welcome adrenaline shot that BROKEN HOPE needed badly.”

The band’s most recent album is 2013’s Omen of Disease, which was released by Century Media.